Lower supply wasn’t enough to put a halt to the softening lamb prices this week, with what appears to be wavering demand. Small sheep numbers on the east coast however, did help to lift mutton prices.

East coast sheep slaughter was steady for the week ending the 12th of June.  59,902 head were processed which was within the lower end of the 70% range for this time of the season.

Both lamb and sheep yardings were lower again, for a combined throughput of 161,175 head at east coast saleyards (Figure 2). This was 17% below the five year average level for this time in the season. The big drop came from NSW which saw 30% fewer lamb yardings last week compared to week earlier numbers.

Sheep continued to receive support, resulting in a 2% rise in the National Mutton Indicator on the week to close at 672¢/kg cwt.

Declining supplies and softening prices is not a good sign for demand. We won’t sound the alarm yet, but the test will come in July when lamb supply starts to ramp up. 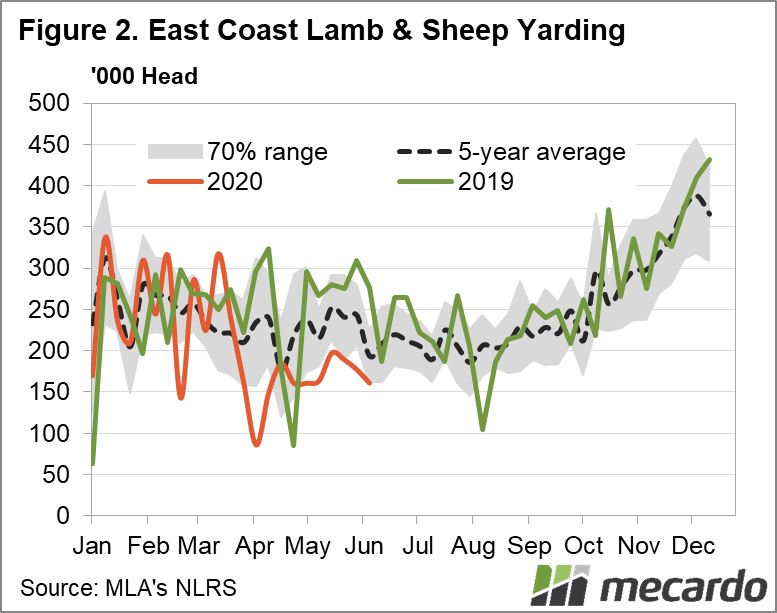