The market continues to revolve around three main storylines - Canadian drought, Brazilian corn and Chinese demand. There are a few side issues going on as well (floods in Europe, Argentinian logistics, Indian monsoon) that will keep the market ticking over, but for mind, the three main issues are the major market movers

In the past week, we have seen Russia trim their production from 85mmt to 81.5mmt on the back of a hot, dry finish and early yields not meeting expectations.  It might be a tad premature, as yields have improved to be averaging 3.5t/ha, which is 5% higher than last years crop.  Kazakhstan has banned exports of feed wheat and barley on the back of a disappointing season.  The net effect is likely to be minimal to global supplies, but it is another cut nonetheless.

The weekly US crop condition report shows an improving production scenario for the all important corn and bean markets – both up 1% point to 65% and 60% “good” (gd) to “excellent” (exc) respectively.  Silking and flowering are also ahead of average, meaning the plants can set yield potential before late season stresses emerge.  August rain will determine if this years US row crops meet their current (excellent) potential or contribute to the already tight balance sheet.  On the flip side, US Spring Wheat is in diabolical trouble at only 11% gd to exc (an all-time record low and getting worse).

Conditions are similarly dire over the border in Canada with another week of hot, dry weather continuing to lower yield expectations.  Canola in Saskatchewan is rated below 20% gd to exc and Spring Wheat around 35% gd to exc.  The drought in Canada is almost unprecedented.  Optimistically, canola production is hoped to be around 16mmt (down from 20mmt) with 10mmt consumed domestically.  It is going to make for a very tight oilseed market.  The AAFC (Agriculture & Agri-Food Canada) has pegged Canadian wheat production at 30mmt although noting a more pessimistic value of 25mmt due to drought.  The market will continue to debate these figures until headers start rolling.  Some rain was observed in Manitoba and SE Saskatchewan in the past week, but the next seven days look to remain dry.

The last USDA report had the major exporter* stocks to use at 14%.  This is getting tight.  Total world supplies look on paper to be relatively loose, but with 48% of these supplies sitting in China and unlikely to see the light of day, we need the majors to be in a comfortable position.

Another couple of frosts in the important Brazilian corn producing regions of Matto Grosso du Sol and Parana look to compound the problems already seen in the corn crop.   Earlier estimates had Brazils Safrinha corn crop at 66mmt but anecdotal reports suggest a figure in the mid 50’s is more likely.   Argentina is also experiencing a drought which has lowered water levels in the Parana River to 77-year lows.  The river is an important conduit for ag commodities to Port and passage of barges has become impossible in some sections of the river.

Next week:  After a week of incremental price increases in the ag commodities, the markets retreated last night on news that China was largely absent from the weekly tenders and cancelled 160kmt of US old crop corn. This may be enough to spark another round of buying.  Expect the same three issues to keep the market guessing.

After a week of incremental price increases in the ag commodities, the markets retreated last night on news that China was largely absent from the weekly tenders and cancelled 160kmt of US old crop corn. This may be enough to spark another round of buying.  Expect the same three issues to keep the market guessing. 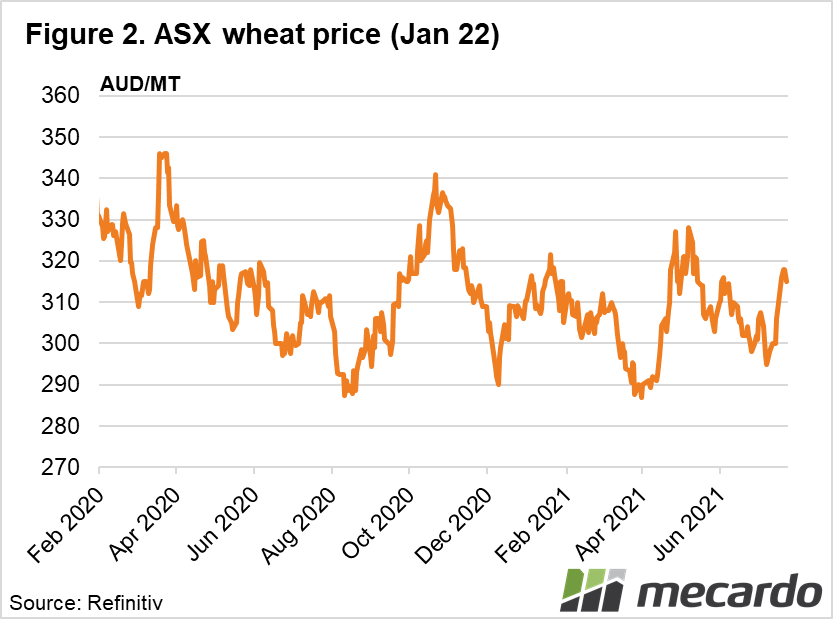