China is in strife. Trade wars, African Swine Fever and now Coronavirus. The advent of Coronavirus has meant that the majority of Chinese manufacturing has been idled. This has huge consequences for a world heavily reliant upon Chinese manufacturing to get our gadgets and gizmos. In this article, we take a look at the Baltic Dry Index and how it could impact our bulk imports and exports.

Weekly east coast cattle slaughter hit its second highest level for the year last week and eclipsed the same week last year by 1%. It is quite remarkable to record such strong slaughter, given the state of the herd and the season.

It was Queensland (Figure 1) which drove the higher slaughter. After four weeks of cattle slaughter at the bottom of the historical range, it jumped 36% in a week to move back towards average levels for the first quarter of the year, and maintained that for two weeks. The weather has been drier, but there was likely some panic selling involved in such a large jump higher.

While most of the extra cattle slaughtered went direct to works, the impact of weaker demand at saleyard level was evident in prices. The Queensland Heavy Steer Indicator (Figure 2) has fallen 8% in a fortnight, while Cows are down 14%.

While the cattle market has slid in the past fortnight, some positive signs are appearing. The 90CL Frozen Cow price has bounced strongly off the low set three weeks ago  Figure 3 shows improving demand out of China and cheap beef demand in the US has seen the 90CL gain over $1/kg swt from the low.

While there have been some price impacts on slaughter cattle from demand issues in export markets, it appears that supply might have been the major driver. It is worth noting that prices are still way above the same time last year, so there isn’t too much to complain about.

We know cattle supplies aren’t going back to last year’s levels but after the Easter and ANZAC day disruptions, they could remain stronger than the very low levels of early March.  As such, we may not see prices return to record highs, but support should be found in the near future. 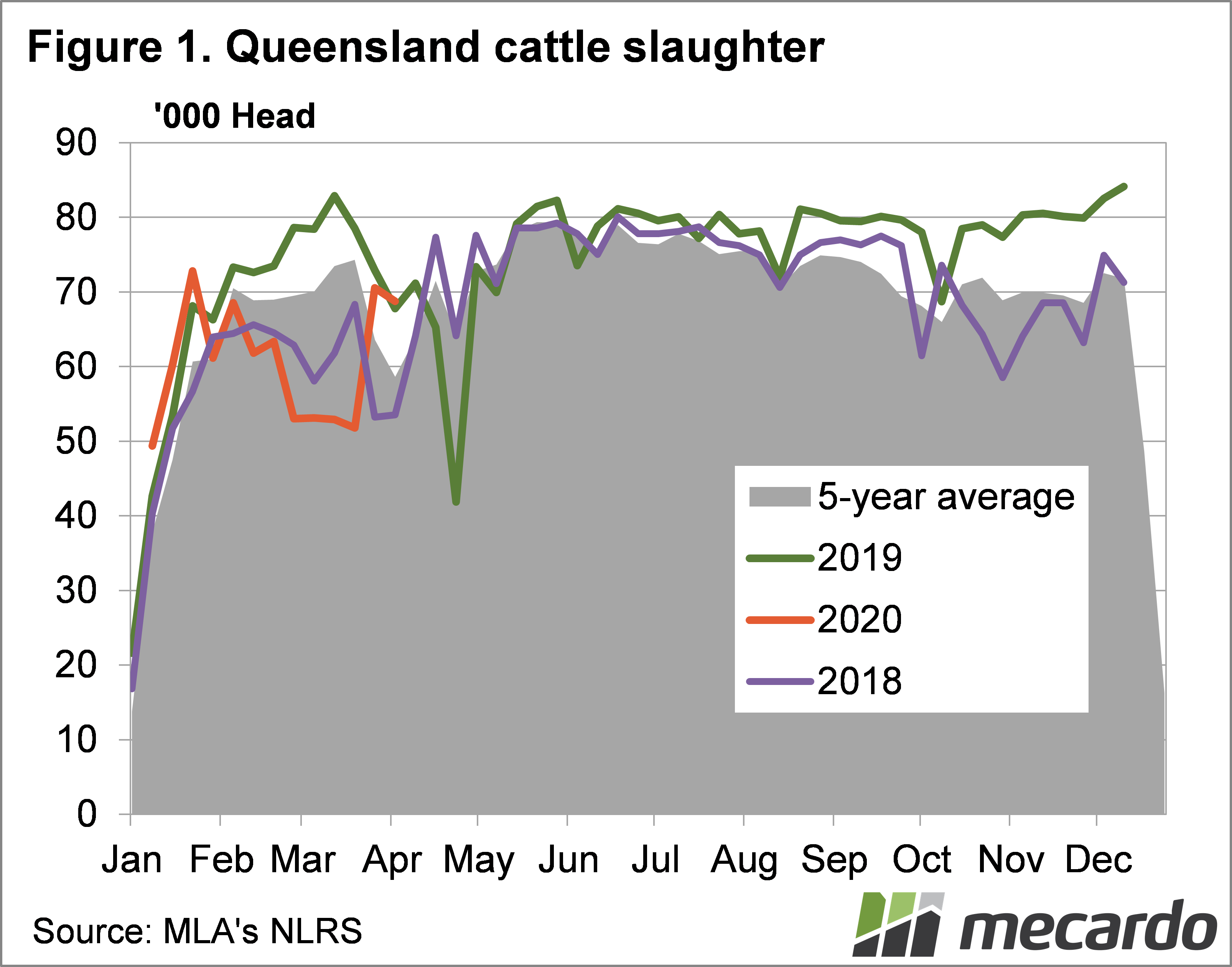 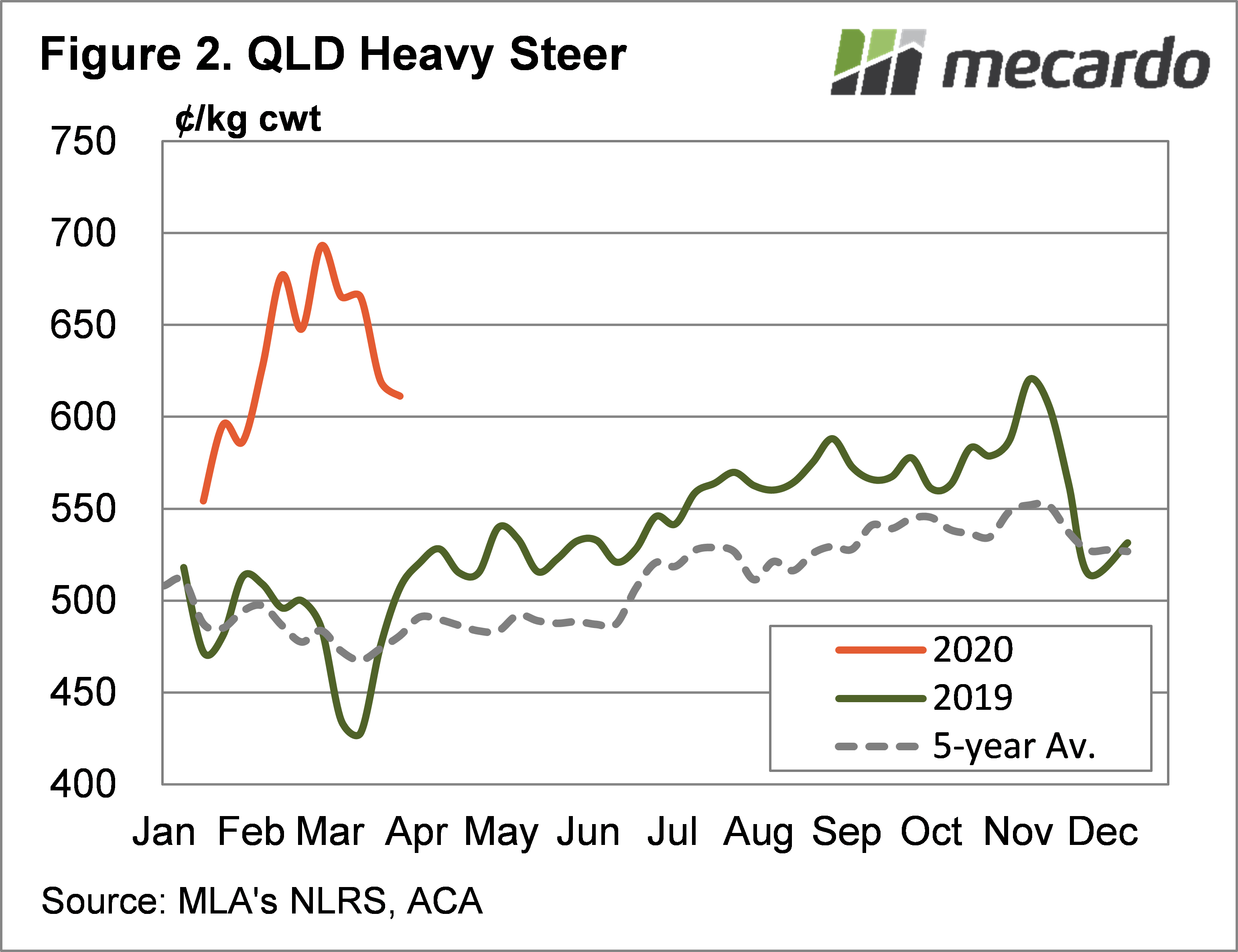 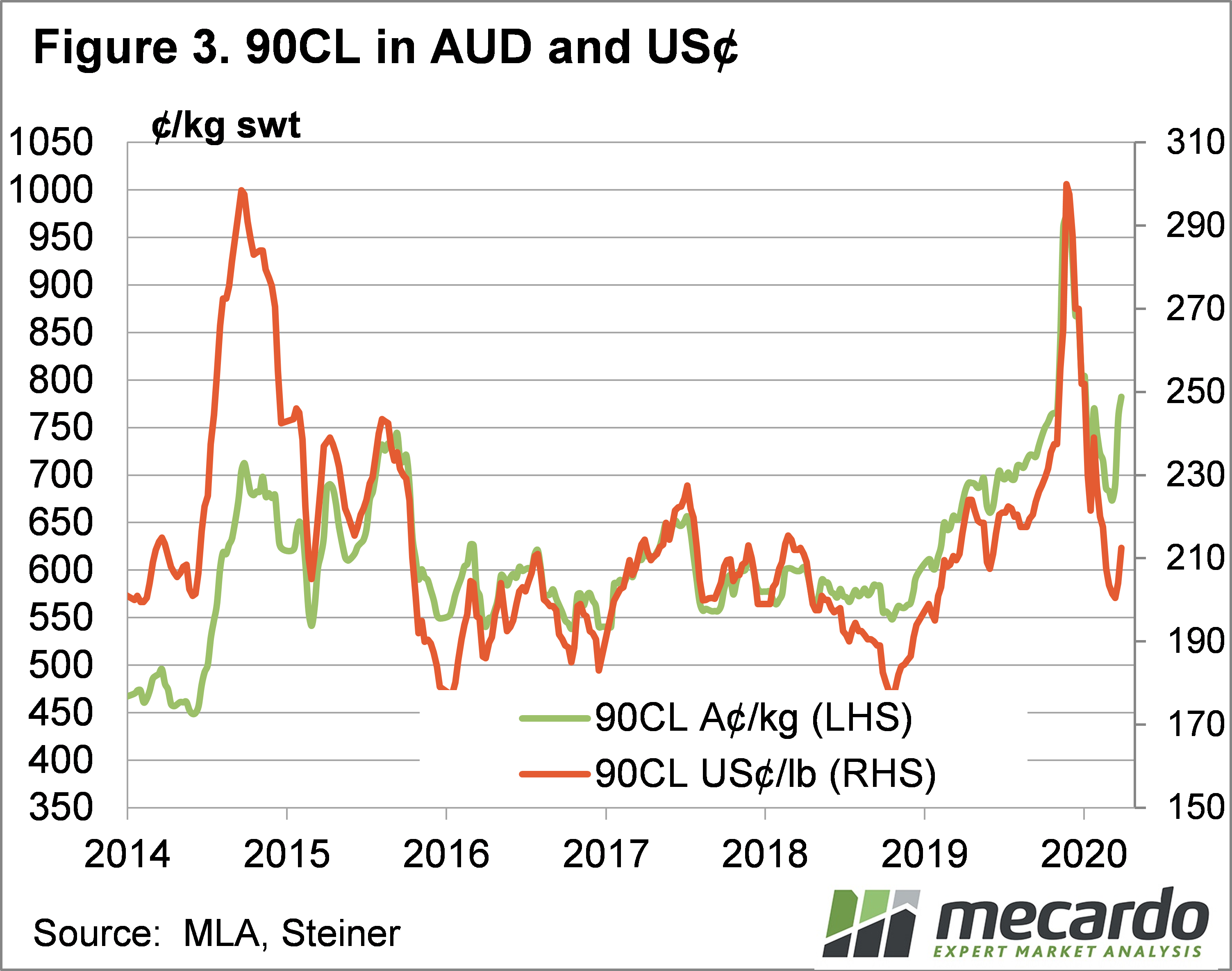