We have all seen the rush of demand for meat, amongst many other things, locally over the last six weeks. While we don’t have the data yet for the retail meat sector, we can look at pricing and domestic consumption to the end of 2019, and look forward for impacts on prices at saleyard levels.

It has been some time since we took a look at retail meat markets, but given the current demand volatility in the market, it is worth taking a look at our single biggest meat market.  Figure 1 shows domestic beef utilisation in Australia has been falling since the mid-2000s.

‘Utilisation’ is calculated as the amount of beef produced, minus exports, which are adjusted back to a carcase weight.  Utilisation is not consumption, as all the beef left in Australia isn’t consumed, but it is a good proxy.

Booming export markets, driving prices higher, has been the main factor behind falling domestic beef utilisation.  In 2019 Chinese demand pushed domestic utilisation to a new low, at 25% of production and 24.4 kgs per capita.

Over the coming years Meat and Livestock Australia (MLA) expect domestic utilisation to fall further as an absolute amount.  However, the proportion of beef kept in Australia was expected to rise, with total production falling due to the herd rebuild.

The forecast numbers were from February however, and are now going to have to be revised.  However, beef export numbers have remained relatively resilient thus far.

Figure 2 shows how increasing exports is decreasing domestic utilisation, and as usual, it’s down to price.  Its seems a while ago now, but it was in the last half of 2019 that export beef prices boomed with Chinese demand, due to Swine Fever.  This did impact locally, with Retail beef price reaching consecutive records in September and December, of 2069¢ and 2129¢/kg respectively.

It seems unlikely retail beef prices will have fallen from their heady highs in the first quarter of 2020.  Rising cattle prices, and what is likely to be record demand from panic buying might have even seen a new record, despite falling export values.

We know with the economic downturn demand for high value beef is likely to weaken.  The good news for cattle producers is that retail price can fall 9-10%, and still be at levels where we have previously seen trade cattle values above 600¢/kg cwt (figure 3).

If export demand weakens, and we have to consume beef at levels more like earlier last decade, cattle prices will have to ease quite a bit more.  Possibly back into the 400¢/kg cwt realms, but this appears unlikely at the moment. 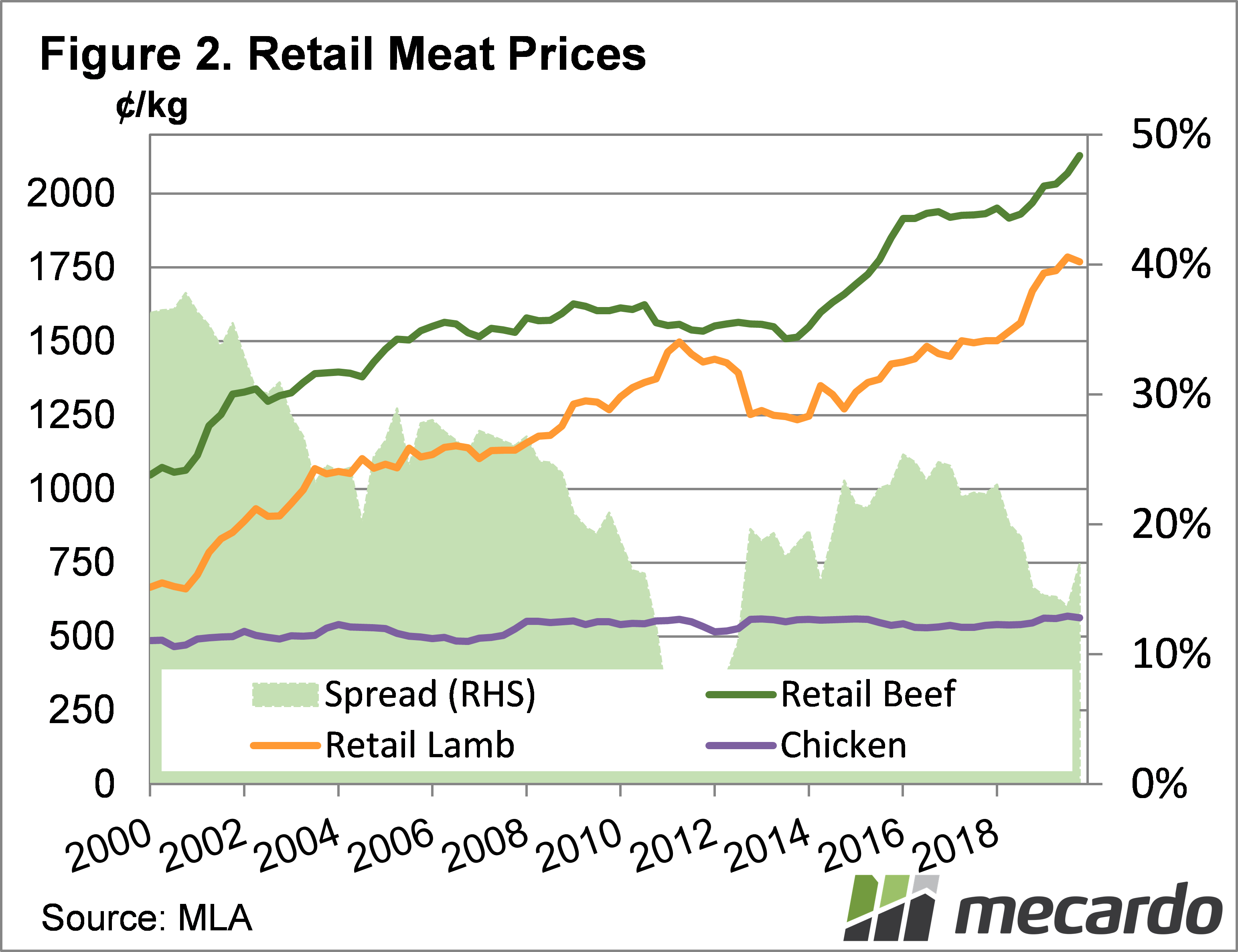