Prices for full length (100-120 mm) crossbred fleece are quite volatile, even more so for shorter length wool. This volatility increases the difficulty of quantifying premiums and discounts for different characteristics especially if the price effect is small. In this article prices for eastern Australian full length crossbred fleece, with vegetable matter 1.5% and less, no subjective faults and a style of four or five are used.

As the introduction noted, the only volume of RWS premiums for crossbred fleece seen during the first half of the season was for New Zealand wool sold in Melbourne. There were a few Authentico/RWS lots which picked up premiums at the time but they were few and far between.

In Figure 1 median level premiums are shown in Australian cents per clean kg for RWS accredited crossbred fleece, RWS/Authentico (dual) accredited fleece and New Zealand RWS crossbred wool sold in Melbourne. The base series used to develop these series are non-RWS non-mulesed Australian crossbred fleece prices. There is a time mismatch between the New Zealand (first half of the season) and the Australian (second half of the season) series however the crossbred market has not changed greatly during the season, so the timing mismatch does not seem to be an issue. The series run from 24.5 micron through to 34 micron.

Premiums pick up in Figure 1 around 25.5 micron and run through to 32 micron, with the bulk of the premiums in the 100-150 cents per kg range. The key exception is Authentico/RWS wool which picks up significantly higher premiums in some micron categories. While RWS is concerned with animal welfare rather than wool quality and preparation, the addition of an Authentico accreditation might be helping these lots through a focus on quality and preparation.

The presence of RWS premiums offer a way to add to crossbred wool prices, which are depressed, particularly the 27 to 31 micron categories. The premium looks to be applied as a fixed premium of 100-150 cents per kg, with some scope of improving on this with the addition of Authentico accreditation to RWS accreditation. 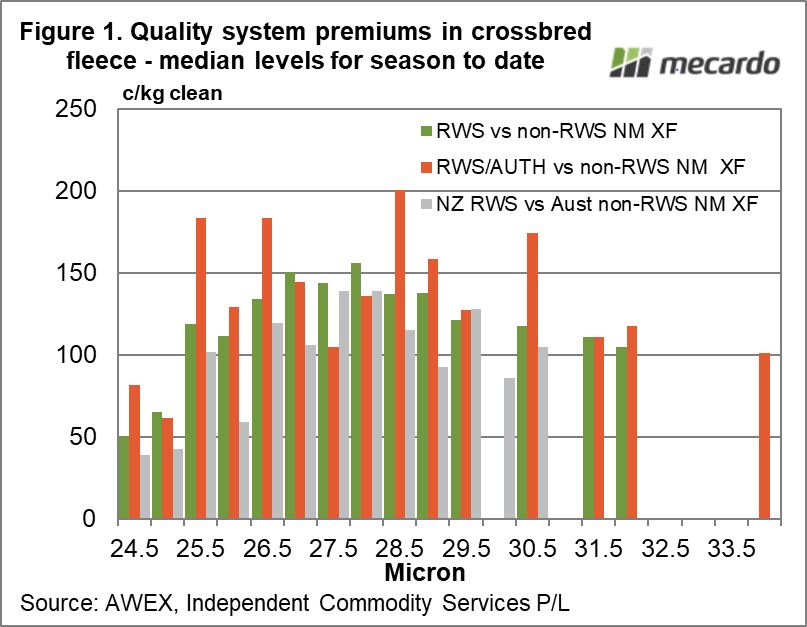 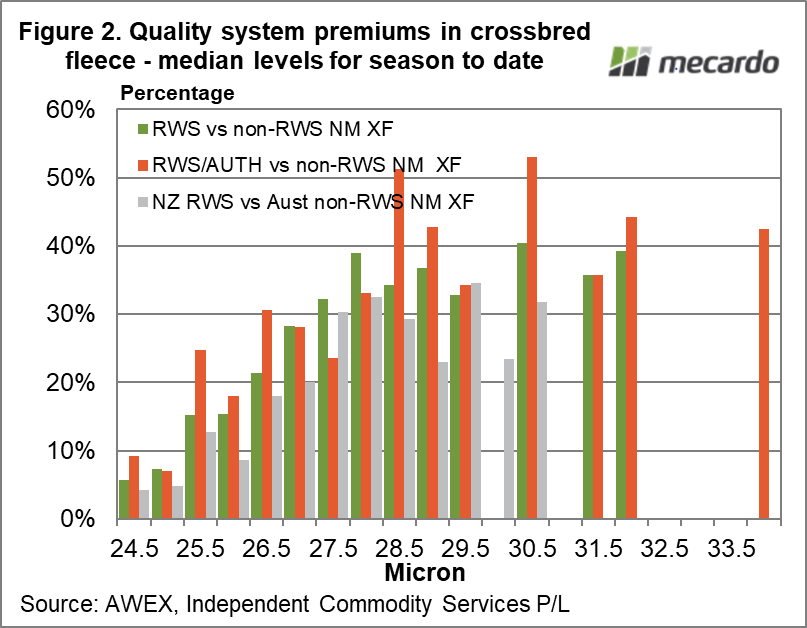