This week was characterised by a dose of broad positivity, as the national indicators for all cattle categories climbed further upwards. News that new all-time record highs are being set almost becoming monotonous now, not that any producers are complaining though.

Slaughter took another dive last week, down 6%, following the typical pattern of decline that the market usually takes over September to early October. However historically speaking, we can expect that slaughter numbers will begin to pick up quite sharply in the coming weeks as we approach November. On average, slaughter has picked up 13% between now and mid-November, and in comparison 2020 saw an 18% lift for the same time period.

East coast yardings fell dramatically, plummeting 26%, with the decline being driven by a 35% drop in QLD, and 23% fall in NSW. This could be seen as a correction of the steep ramp up in supply over the last few weeks, which was fairly out of character for the time of year. Yardings levels have only vaguely followed historical trends so far this year, but again, we are coming up to the part of the year where supply tends to start to lift quite rapidly. History tells us that between now and mid-November, we can probably expect a 50-60% jump in weekly yardings from current levels, with the trend being followed in all states.

The EYCI failed to impress this week, falling back 5¢(<1%) to close the week at 1,038¢/kg cwt. Yardings of EYCI eligible cattle this week were up 38% on the week prior, to 11,674 head. This is indicative that total NLRS saleyard yardings numbers across the market have probably lifted this week also, in line with the usual seasonal ramp up. Roma store prices slipped 41¢(-4%)  to 1,004¢/kg cwt, with a 53% week on week jump in yardings probably to blame. Dalby prices went the other way, pushing up 40¢(4%) to 1075¢/kg cwt, on the back of 40% tighter supply. Wagga Wagga prices remain elevated at 1,083¢/kg cwt.

All the national cattle indicators climbed higher this week, mostly clocking in 1-2% gains on the prior week, with Processor and Medium steers the standout, both achieving 4% week on week increases.

Steiner reports that supply of Aussie beef into the US remains very tight, with prices grinding higher as a result. More ominously though, beef from Brazil is being offered at a steep discount to Australian product, and Brazil’s import penetration into the US continues to grow, which Jamie-Lee discussed earlier this week. This is despite the limiting factors of import quotas and buyer procurement standards.

The Aussie dollar continued to improve in value, rising 1.5% against the US greenback this week to 0.742US, partially on the weakness in the US dollar. Iron ore may have taken another dive, but Aussie spot coal prices have elevated 35% in the last month as the energy crisis in China, India and Europe deepens.

There are indications in the market that cattle supply is starting on its usual steep seasonal ramp-up already, which could put some downward pressure on prices between now and Christmas.

Counterbalancing this, is the expectation of another very strong season ahead, with the BOM upgrading its probability of another La Niña to a 70% chance. Producers will be alert, but far from alarmed about this development, if anything it will encourage more restocking and retention going forward. The next few weeks of market activity will provide clues as to the strength and persistence of demand for the rest of the quarter. 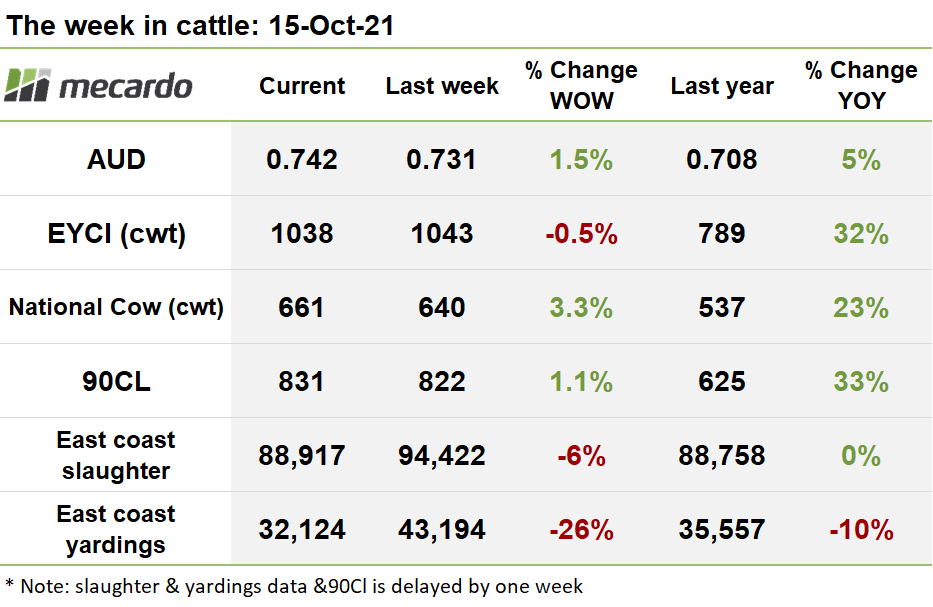 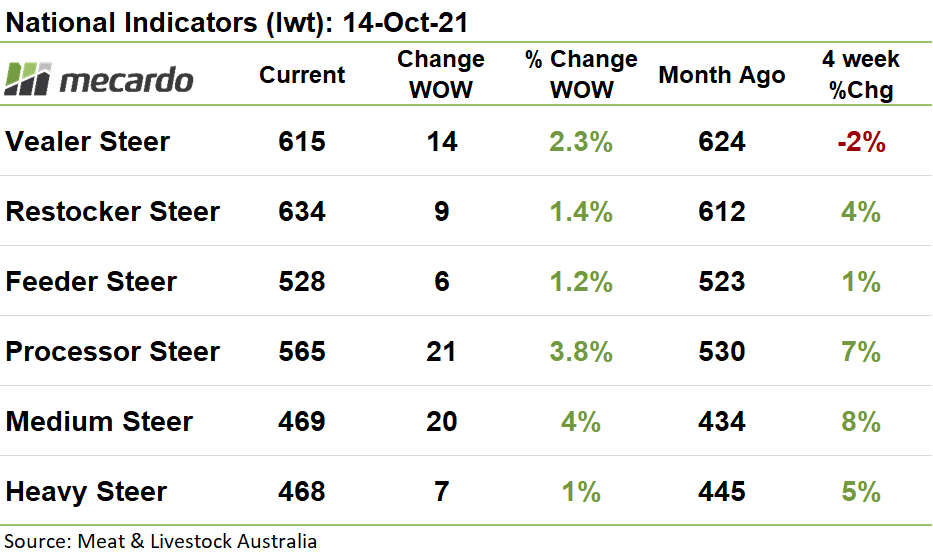 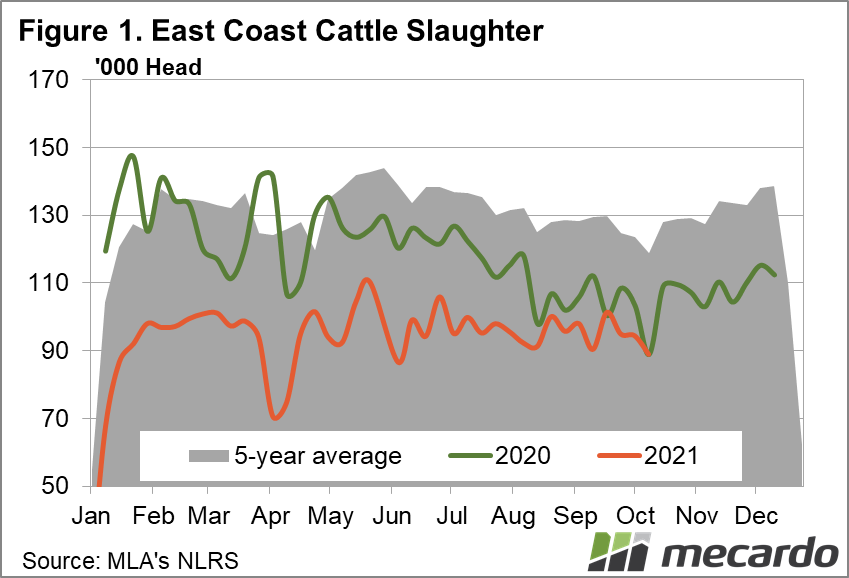 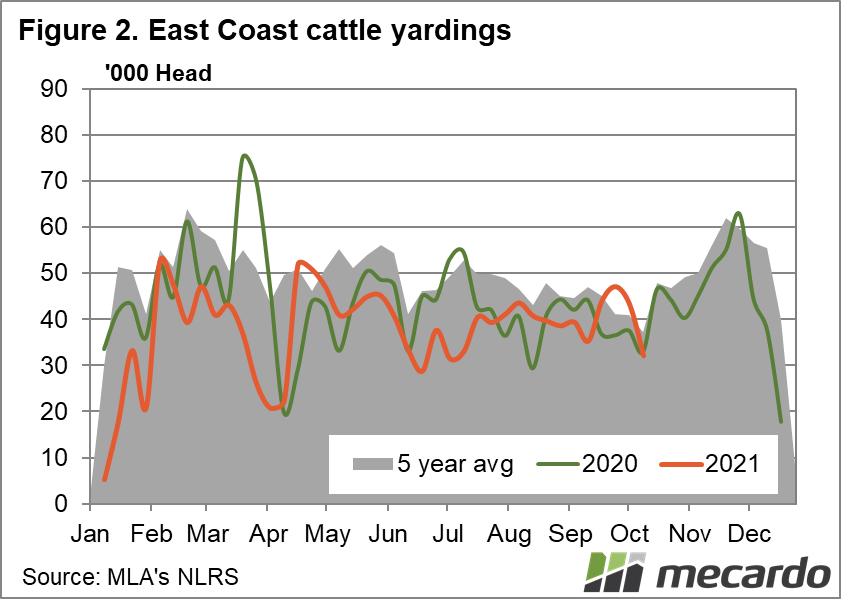