India a sweet destination for Barley?

Since China imposed steep tariffs on Australian barley, the development of alternative markets has become significantly more important. India has been tipped as a possible sweet new export destination for Australian Barley, particularly malting barley, due to it’s sizable, and exponentially growing alcoholic beverages market. Today we look at how big that market is, its potential for growth, and any barriers.

According to the USDA, India is estimated to produce around 1.7 mmt of barley each year (Figure 1), with domestic consumption outstripping supply by about 0.25 Mt, necessitating foreign barley to be imported. In recent years, Argentina and France have been traditional suppliers of Indian malting barley needs, with Canada also supplying in the past.

Barley is a significant input into the production of beer and scotch whiskey. The market for alcoholic beverages, including beer is growing rapidly within India off the back of rising living standards, a growing middle-class population, and 48% of the population being in the 15-44 age bracket,

The All Indian Brewer’s Association (AIBA) reports that India currently has over 90 large breweries, and 200 craft brewers, which collectively produce 340 million slabs of beer a year, equating to 2.65 billion litres. Australia’s Export Grains Innovation Centre has stated that Indian brewers have expressed interest in Australian malting barley due to its reputation for desirable characteristics.

Indian demand for barley sits at around 2 mmt p.a. (Figure 2) and has seen total growth of around 15% compared to the 2010-2015 period. Given that Indian beer consumption has risen over the last decade, and its stockfeed usage of barley has more than doubled to 350 Kt, this is suggestive that non-brewing and stockfeed uses of barley may be declining, slowing market growth.

The AIBA stated that Indian beer sales were down in excess of 70% due to COVID-19 lockdowns over the crucial period of March to June, which accounts for 40% of beer sales for the year. As such, the industry is unlikely to import any further product from Argentina or France for 2020.

The state of Rajasthan, which accounts for over 60% of Indian barley production is under threat of urbanization, and desertification, as the underground water aquifers that provides irrigation to the crop are depleted. Over the coming years, if acerage traditionally dedicated to barley growing falls, Indian demand for imported barley will need to increase. That said, the USDA has estimated Indian barley production (Figure 3), yields and planting areas to be remarkably stable over the last decade, with around 600,000 Ha constantly under cultivation, yielding around 2.6 mt/Ha so we don’t see these supply-side fears reflected in the data just yet.

Australia has recently made some headway on the quarantine front, as methyl bromine treatment, which effectively sterilized the seed and prevented germination necessary for malting is no longer mandated, however, Australia does face a few significant quarantine and quality hurdles that need to be overcome to successfully penetrate the Indian marketplace. Outstanding issues include wild radish and ryegrass seed contamination concerns, and achieving strict glyphosate residue standards. As such, crop topping practices for pre-harvest desiccation would need to be altered.

The Indian barley market opportunity isn’t that large at the moment, and 2020 could well be a write off due to COVID-19 hitting Indian beer sales where it hurts. Australia still has work to do to gain significant malt barley access yet. However, India does provide exciting potential prospects for growth over the coming years, so achieving strategic penetration of Australian exports in the near term would enable access to what is a fairly exclusive club at the moment, and reap the benefits over the longer term of another outlet for our crop. 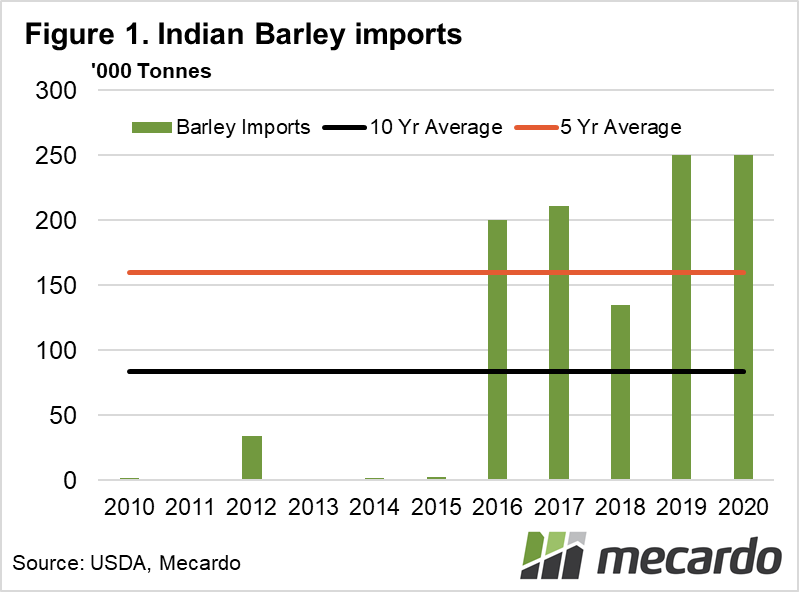 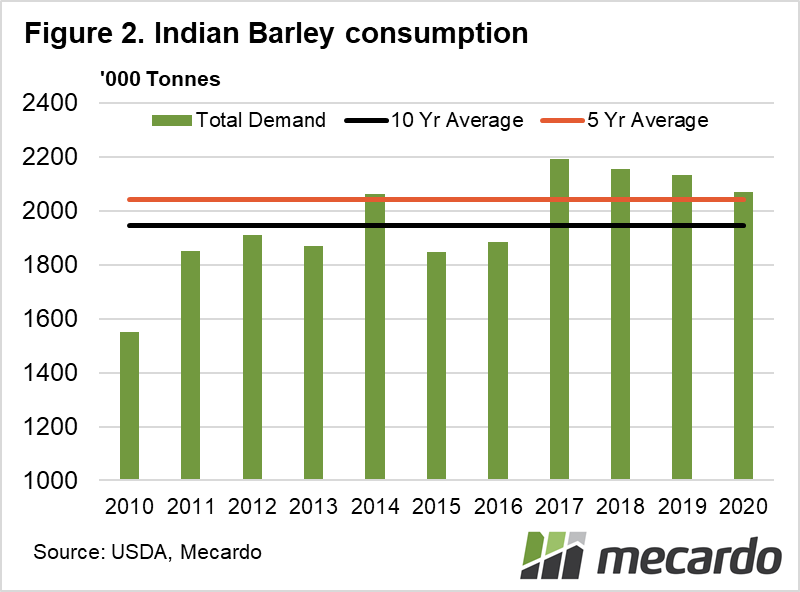 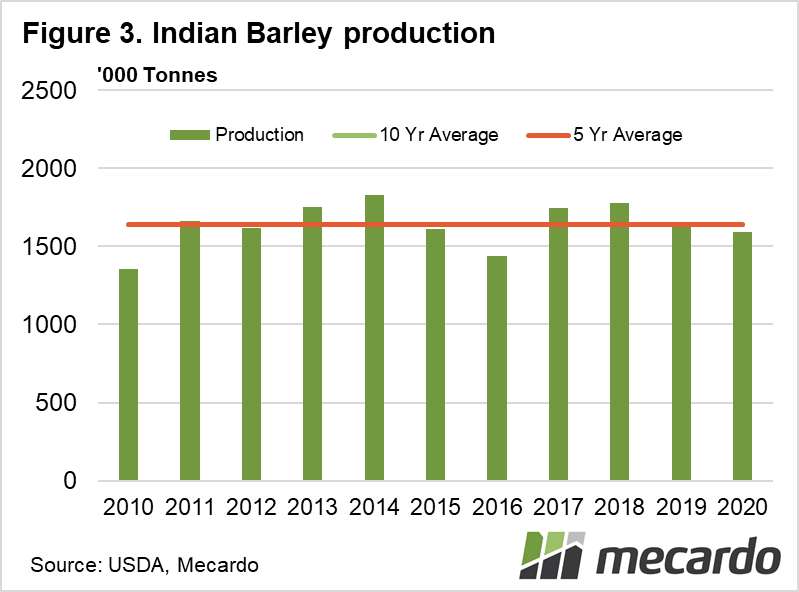