It’s not China producing headwinds for Australian agricultural exports this week, it is Qatar removing some tailwinds. In recent years Qatar’s subsidies have helped push the small Middle Eastern country to third on the ladder of Australian exports destinations, and the latest move might see some lamb looking for a new home.

The headline on Tuesday was that the trade with Qatar was finished, but it might not be that bad.  Qatar announced it was removing a 50% subsidy which helped make air freighted Australian lamb affordable for Qatari consumers. The subsidy, which effectively props up demand, has been in place since 2015.

Figure 1 shows the lamb trade with Qatar has almost doubled since the subsidy was introduced, and this is almost all due to the increase in consumption thanks to the subsidy making lamb cheaper.  The trade has somewhat plateaued since 2019, which has largely been in line with total exports falling.

When we look at export value, the Qatar market looks similar to China. Figure 3 shows that on a per kilo basis Qatar has paid between $8.50 and $10.00. The concern is in the latest export value figures, where Qatar has maintained its strong level, but China and the US have fallen heavily. We can see that export values are quite volatile, so we’ll need another couple of month’s data to confirm a trend.

We would want to see export values to China and the US improve if they are going to soak up the lamb which might be displaced from Qatar.

The lamb trade with Qatar did exist before the introduction of the subsidy, but the market has since changed. Some adjustment will be needed, but Meat & Livestock Australia (MLA) are confident the lost air freight will be largely replaced by a shipped trade.

Whether the lamb still goes to Qatar or has to be absorbed by other markets, it will have to be cheaper, which removes some support from lamb prices.  It is probably only incremental when spread across the entire lamb kill, but prices will be lower than they otherwise would have been. 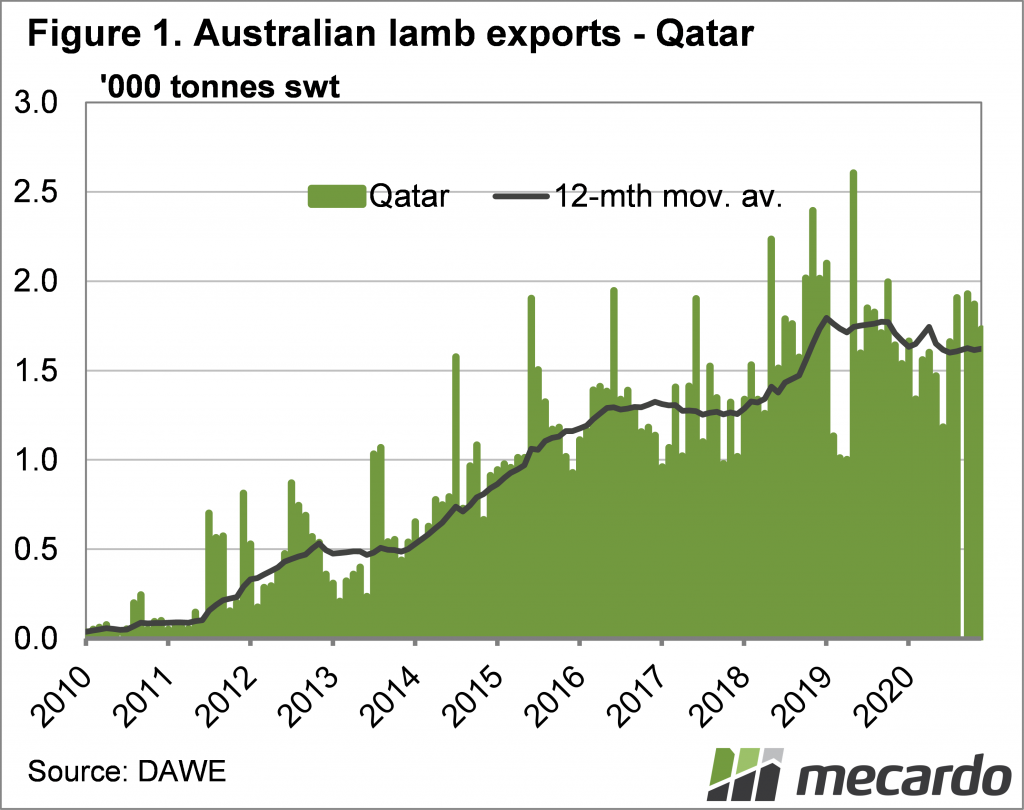 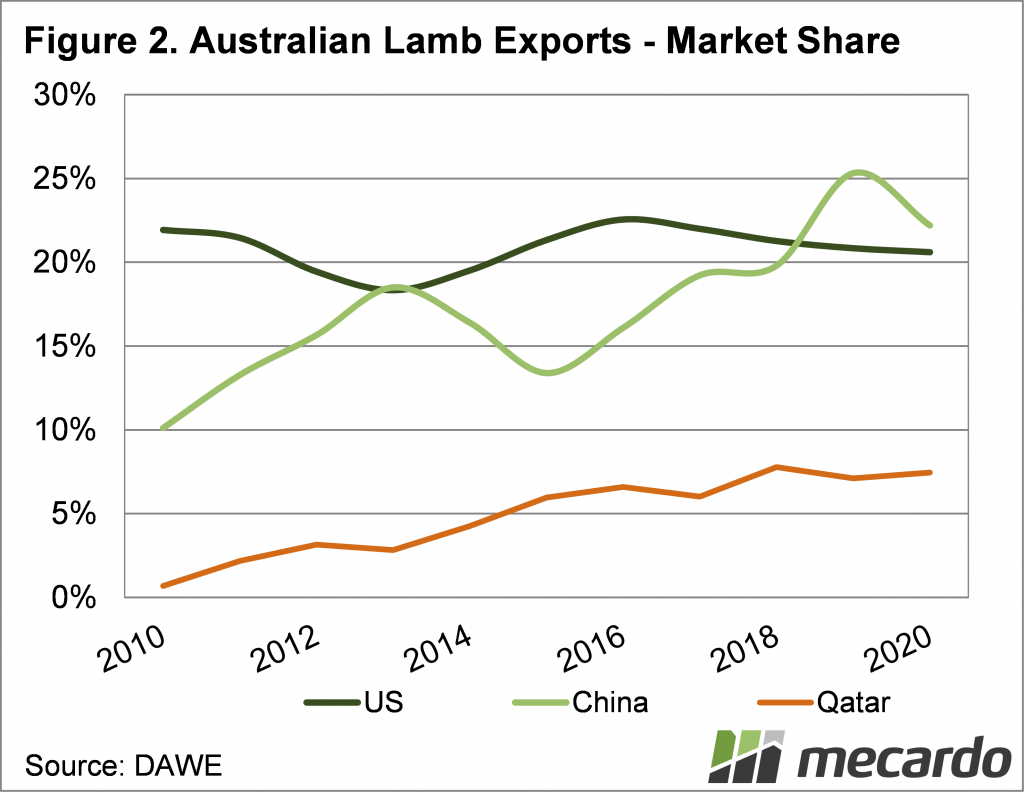 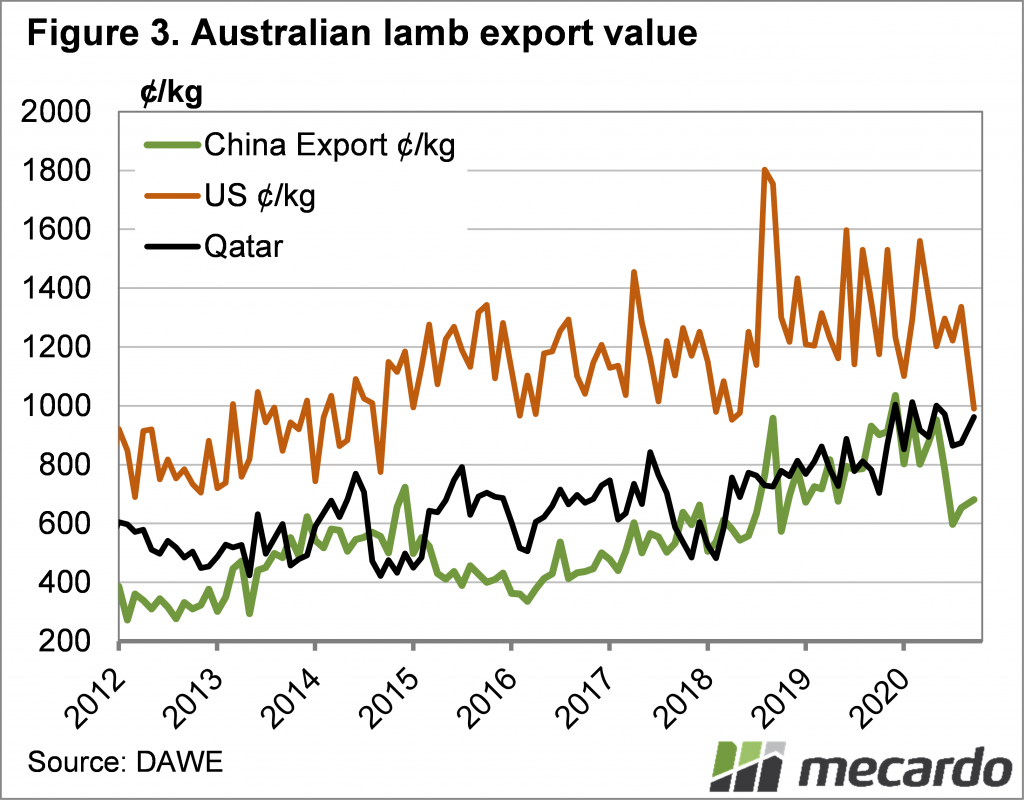