When there is a herd rebuild, plenty of grass and rising grain prices, the numbers of cattle on feed are supposed to fall. The latest Australian Lotfeeders Association (ALFA) and Meat and Livestock Australia (MLA) lotfeeder survey for the end of March defied those expectations, and set a new record.

Figure 1 shows the growth in cattle on feed has been relatively consistent over the past year.  There was a small seasonal decline in September, but there seems to be little doubt the feedlot sector is growing.

Queensland is the largest lotfeeding state, and it drove numbers to the record.  The increase on last year in Queensland was 38%, and we might be seeing some impact from flood related transport and processing delays in the numbers.  Marketings from Queensland feedlots were down 7% on the December quarter which adds a bit of weight to this theory.

Nationally marketings continued their upward trend, rising 2.2% on December 21 and 11.5% on March 21.  Figure 2 shows marketings are nowhere near record levels, but they’ll have to pick up this quarter as cattle hit target weights.

Further illustration of lotfeeder profitability is expansion of capacity.  In the March quarter lotfeeder capacity stepped up to a new record of 1.48 million head (figure 2).  Much of the increase was in WA.  The increases in capacity didn’t match the increase in cattle on feed, with utilization increasing to 85%.

The dominance of grassfed beef continued to decline in the March quarter, with grainfed cattle making up 51% of cattle slaughtered (figure 3).  We can see however that with some herd growth, and more female slaughter, grassfed should get back above 50% in the coming years.

Record cattle on feed numbers are likely to have been working through processors over the last one to two months, and it’s had little impact on price.  Figure 3 shows why, the big grainfed numbers are still now enough to compensate for falling grassfed supplies.

Demand for feeders will remain strong while there is money in feeding cattle, but it might take a further increase in export beef prices to compensate for rising grain prices. 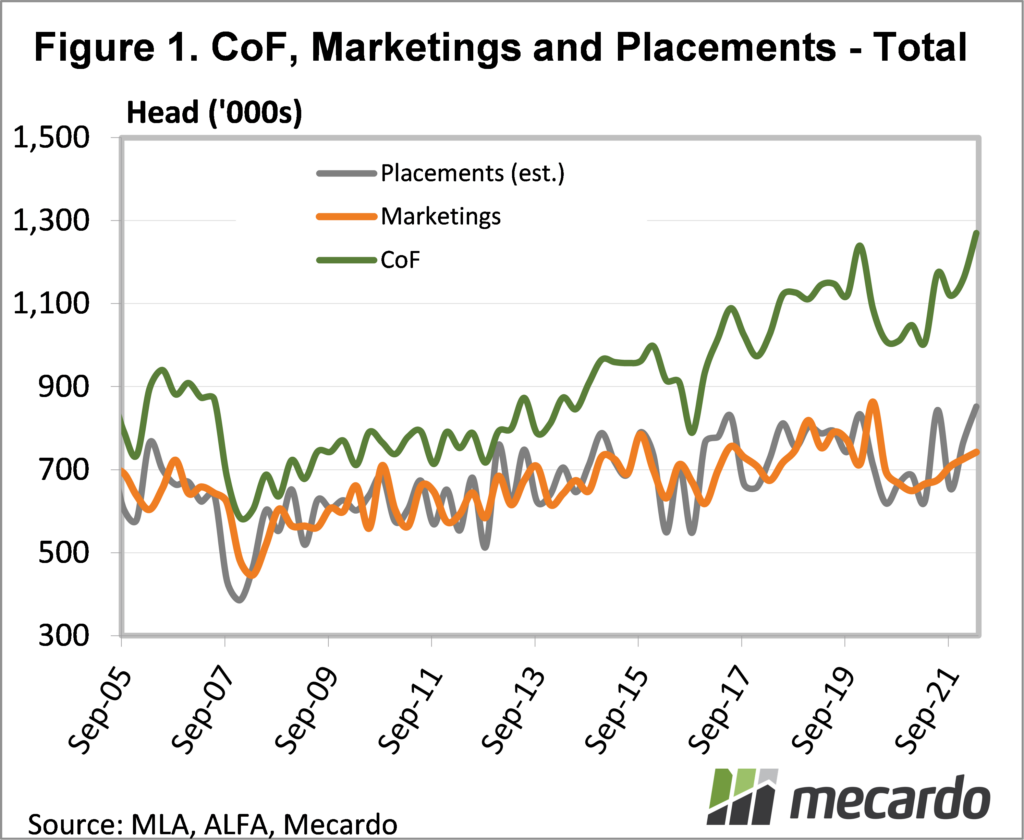 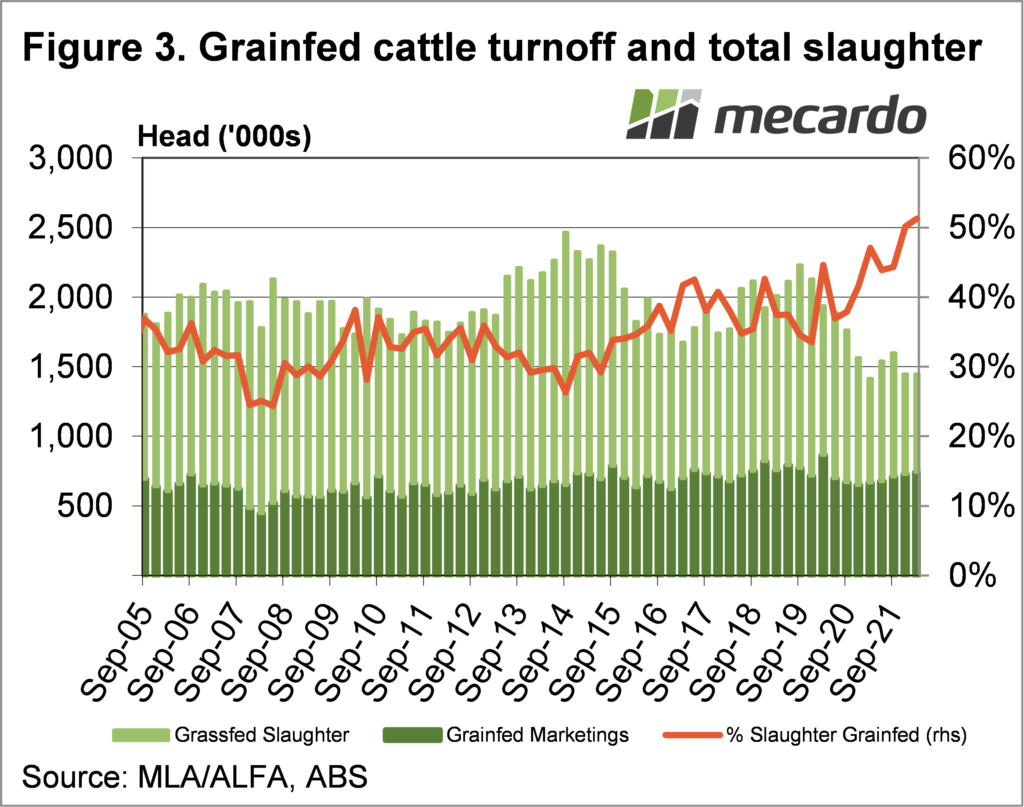