Sales resume but it’s not pretty

While we were cautiously optimistic to the finish of sales before the three-week winter recess, the resumption of sales delivered a blow to any hopes that we had found the bottom. The wool industry is the most impacted of the major commodities, with “red ink” across all indicators at wool sales this week.

The Eastern Market Indicator (EMI) fell by 128¢ this week to close at 1,006¢ influenced by a stronger Australian dollar which lifted US2.5 cents since the last sale (10th July) to US$0.719  which influenced the EMI in USD terms to a somewhat subdued 63¢ fall to 723¢. The Western Market Indicator gave up 147¢ from the previous sale to settle at 1055¢.

Analysis by Mecardo (Andrew Woods) this week looked at AWTA test data and demand, with a three-month review indicating that the market under COVID-19 conditions can “absorb in the range of 70 to 80,000 bales per month”, so the 42,700 offered this week was always a risk to the market.

The Crossbred sector also buckled, with 35 to 82¢ falls reported. AWEX noted that in percentage terms they were similar to the Merino types.

Next week we drop back to 33,413 bales, demand however is suffering from a complete lack of confidence so it is difficult to b optimistic that the market has bottomed. 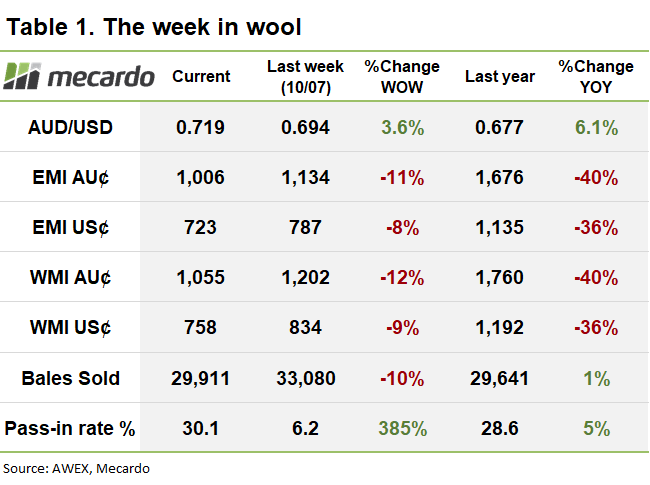 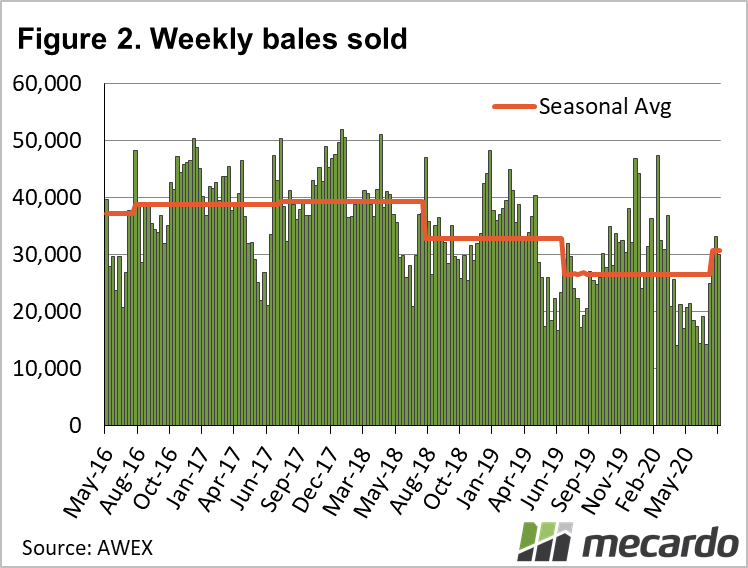