In May Australia had its second largest lamb export month in three years as slaughter managed to increase and demand remained robust.  The basic numbers show May exports up 22% on April and 3% on May 2021.

The US market continues to grow its share of Australian lamb, figure 1 shows it imported 9% more lamb than May last year.  Exports to China fell heavily on last year’s very strong levels (figure 2).  China took 40% less lamb than last May, but 8% more than April, and remained the second largest market for Aussie lamb.

The third largest market was somewhat of a surprise, with Papua New Guinea taking 2,692tonnes of frozen lamb in May.  PNG’s lamb imports were up 229% on May 21 and 145% on April.

We haven’t looked at mutton exports for a couple of months, but there have been some interesting moves there too.  Figure 3 shows mutton exports defying the normal seasonal trend to post a 9% increase on April, and a 22% rise on May 21.

In some ways it looks like lamb has been traded for mutton in China, and mutton for lamb in the US.  In May China took 41% more mutton than May last year, making it easily our largest mutton market receiving 4,332 tonnes of mutton.

Mutton exports to the US are not usually that large, but this May they took 52% less mutton than last year.

With mutton exports for the year to date up 7% on last year, and lamb up 5% the flock rebuild is starting to show up in supply.  There is also some shifting of product from domestic markets, but it’s promising for growers to see stronger supplies being taken up in export markets at similar prices to last year.

Sheepmeat demand in international markets is holding strong for now.  Mutton and lamb operate in different ends of the market, which does give some consolation if economies weaken and budgets force a shift to cheaper protein. 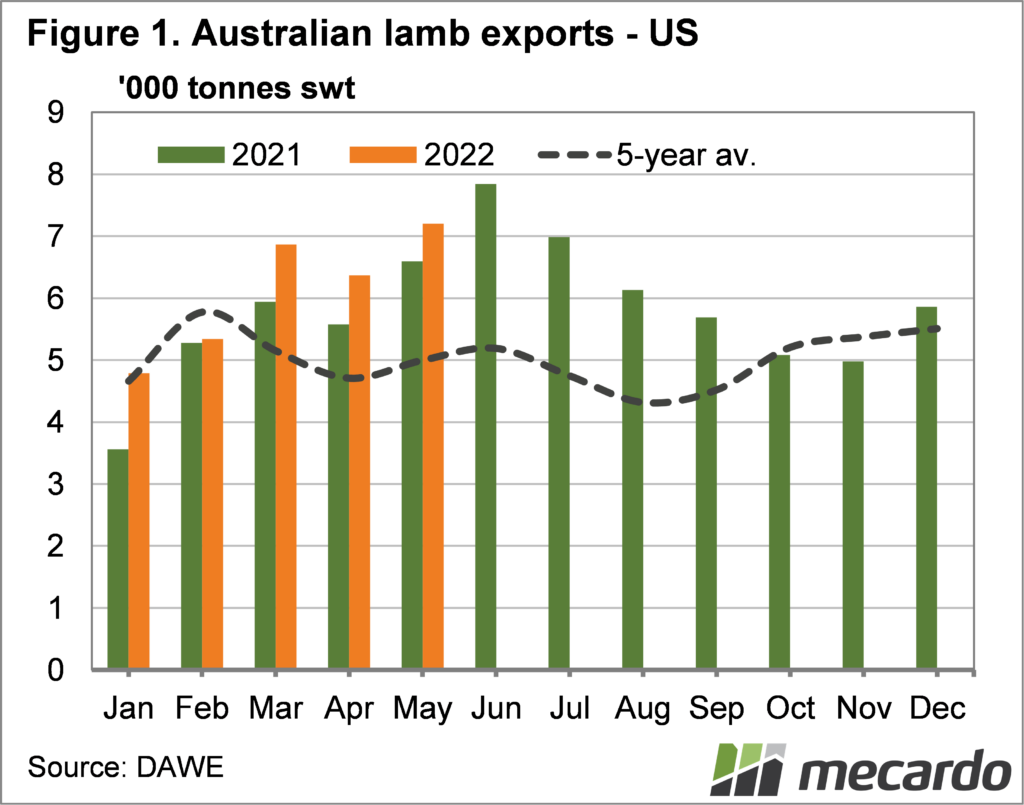 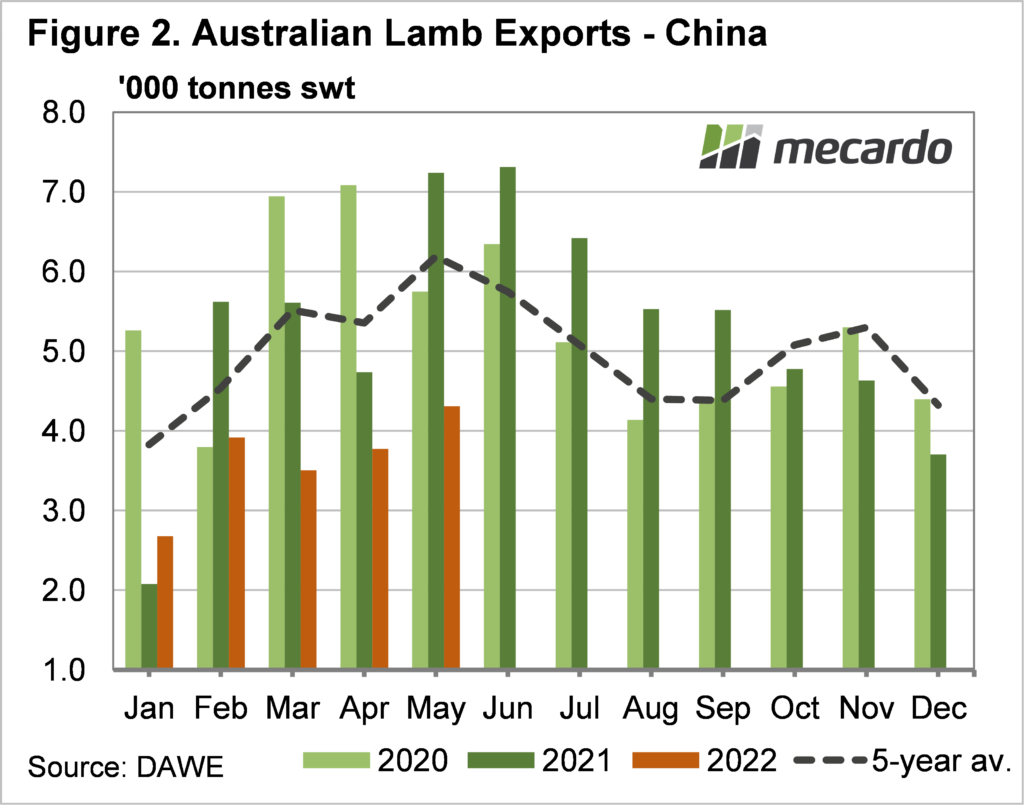