That’s a wrap for wool

The wool market ended the 2020 year on a softer note, with the increased supply pre-Christmas and a stronger Au$ weighing on the market. AWEX noted that the fine end of the clip found some support later in the week with the best results at sales end.

The season for the wool market has been dominated by CV-19, firstly as the Chinese mills closed in the peak of the pandemic, but then also impacting the downturn in retail demand across the globe.

The EMI had a low point of 858 in September after starting the year at 1609. There was a stronger result from the fine merino section over the year.

Cardings lifted by 15 cents in Melbourne, fell by 1 cent in Sydney, while Fremantle was up 21 cents.

This week on Mecardo, Andrew Woods looked at how the Australian clip is getting broader as we move further away from the effects of the drought (view article here). The schematics in this article are a good illustration of why swings in production affect relative prices in the greasy wool market. Changes in total volumes mask a lot of the big changes in supply, keeping in mind that “wools ain’t wools” where, for example, a shortfall in fine merino wool cannot be plugged with broad merino or crossbred wool if you want a satisfactory result.

AWTA volumes show the broadening trend in micron continues in the Australian wool clip. When auction data is split up by breed, the trend to broader wool shows up more clearly. Changes in overall volumes tend to mask some wild swings in production for different micron categories.

With the start of the end of year three-week recess, the next sales are scheduled for the week beginning 11th of January.

Three-day sales will again be permitted with Melbourne the only centre likely to take this up. It will mean Sydney will sell on Tuesday & Wednesday, while Fremantle will sell on Wednesday & Thursday to avoid Melbourne selling in isolation on any day following an extended recess. 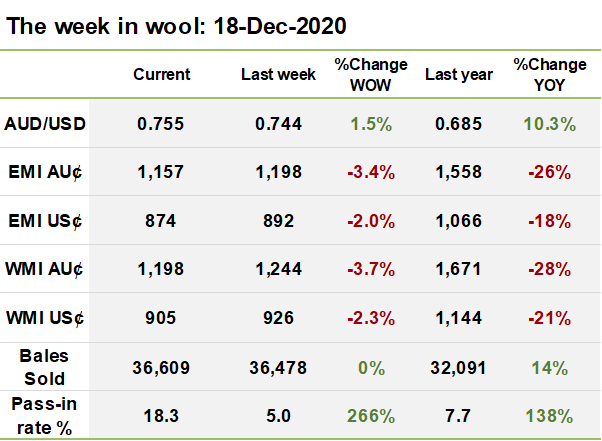 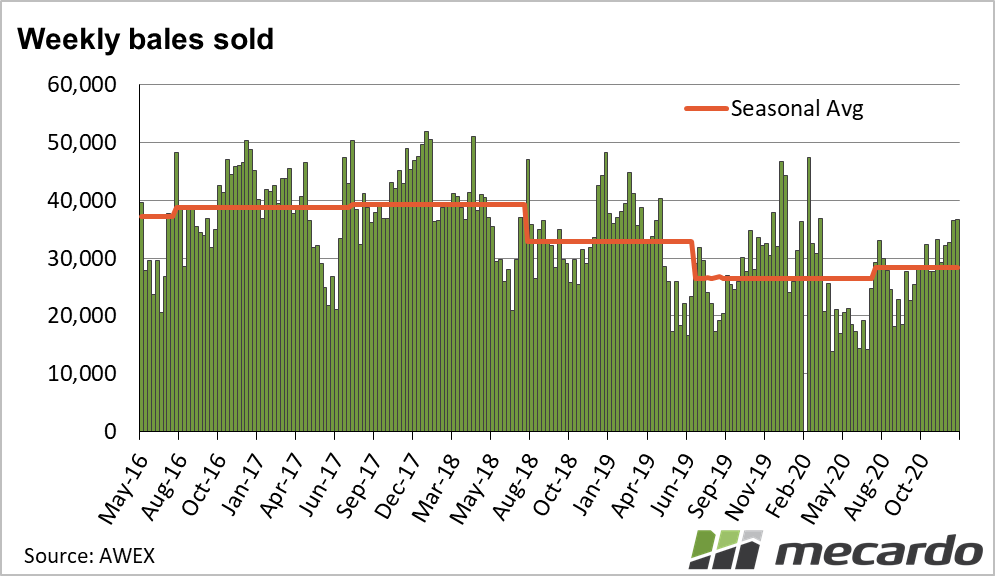