A sharper rebuild at cost of supply

Meat & Livestock Australia (MLA) have updated their cattle industry projections for April, with the key factor being going from hoping for a break in the drought, to actually receiving some rain. The updated outlook suggests a faster herd rebuild, but it’s going to cost in terms of cattle supply for the next few years.

The cattle herd is still expected to set an unwanted record on the 30th of June, but now the forecast is set to be slightly higher than previously thought. The updated Cattle Industry projections peg the herd mid-year at 24.8 million head.

Figure 1 shows the herd projection for this year is 100,000 head higher than the January projections. While this is minuscule in the scheme of things, it is a reflection of tighter slaughter in the first quarter of 2020.

Out to 2023, the improved seasonal conditions have seen herd levels revised from 1.8 to 2.5% higher. Despite the higher herd projections, we are still set for a 27 year low for the herd this year. It is also expected to take until 2022 to get back to herd levels of last year, and even in 2023 it won’t quite be back to 27 million head.

Cattle slaughter is expected to remain relatively tight in 2022, still under 7.5 million head, and only returning to the ‘normal’ levels of most of the 2000-2010 period in 2023. Figure 2 clearly shows the boom and bust cycles for the last 10 years, with droughts and strong slaughter followed by wetter periods and very tight supply.

It should be relatively comforting for cattle producers that while we are entering a period of uncertainty in regards to demand, tight supply will at least offer some support for cattle prices.  At what level is something we’ll look at next week.

There is even some time for demand to recover, and help values rise before supply will be back near what could be considered ‘average’ levels. 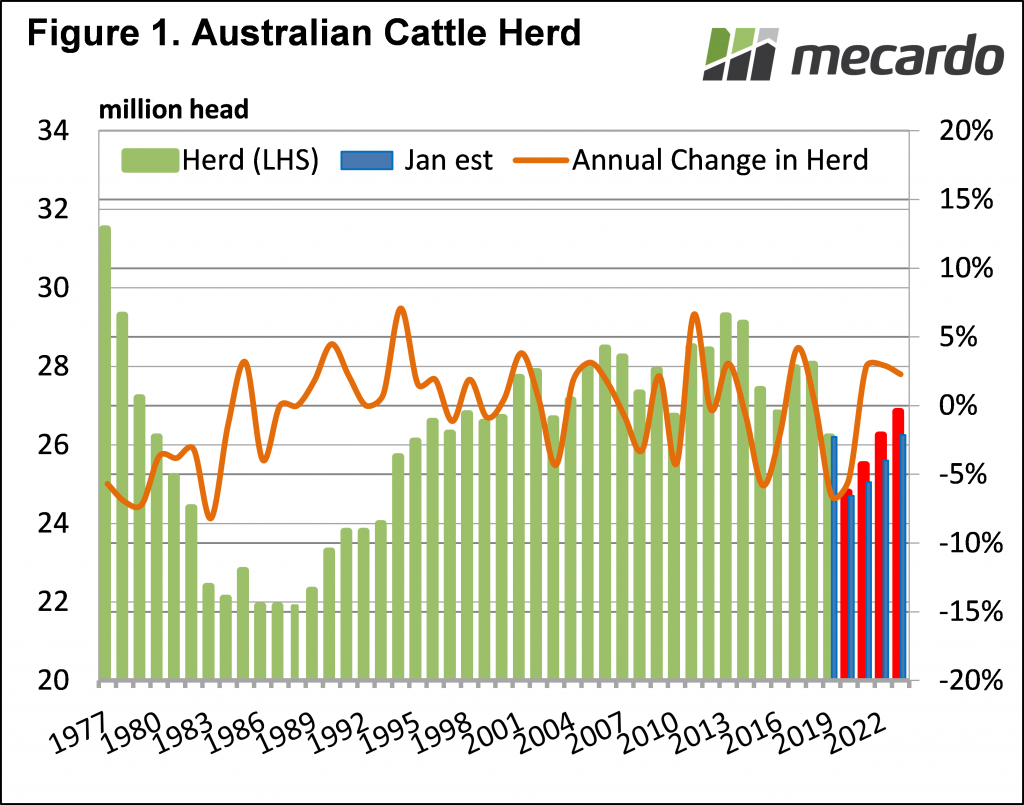