A week in wheat can be a long time

The past week has been notable for a return of volatility. Wheat markets jumped out of the blocks after the US Memorial Day holiday. CBOT (SRW) closed limit up (30ȼ/bu) while Minneapolis Grain Exchange (HRS) closed up 40ȼ/bu over concerns around the condition of the wheat crop in the US Northern Plains and Canada (see 7 day observed and 7 day forecast, Figure 2 & 3). Adding to the pressure being felt in the wheat pit is the fact that temperatures are starting to increase as we head into the Summer months.

The most recent crop condition report has US Spring wheat at 43% gd-exc (Nth Dakota 31% gd-exc) compared with 80% gd-exc last year.  While the corn crop is currently in good shape (76% gd-exc) this weather will bear watching if it doesn’t rain soon.  If there is any hint of the US corn crop being in trouble, it could light a fuse on a powder keg.

Since then, the market has retraced most of the gains seen on Tuesday.  A friendly corn condition report, rain through much of the corn belt and slowing Chinese demand has seen both the corn and wheat markets come off the boil.

Global FOB values have been coming under pressure. Black Sea origin wheat remains the cheapest, but the spread between Russian and Ukrainian wheat has widened a little as increased demand for Russian wheat has lifted prices.  The Russian AgMin has come out stating the wheat export tax will remain indefinitely, while prices and global food demand remains high.

Indonesia recently purchased 60kmt from Black Sea origins (believed to be Ukraine) for US$310/t cost and freight (CnF) down from $315/t a week earlier.  For comparison, Aussie wheat was also offered at $320/t.   Indonesia is also rumoured to either be in the market, or has already bought another 240kmt of wheat, again believed to also be Black Sea origin.

There will be equal parts interest in Chinese demand versus US weather.  The USDA has penciled in China for 26mmt of corn this marketing year and exports will need to see an increase if sales are to meet this target.  Anything less will likely be bearish for corn and wheat. 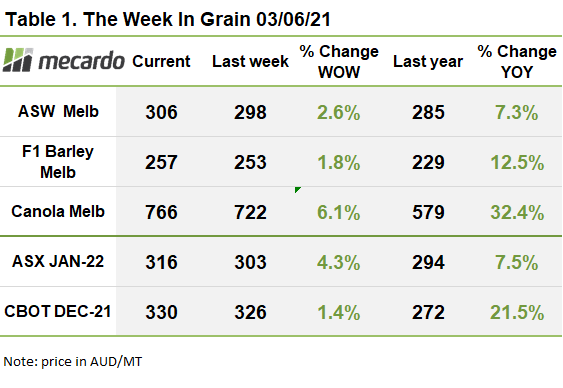 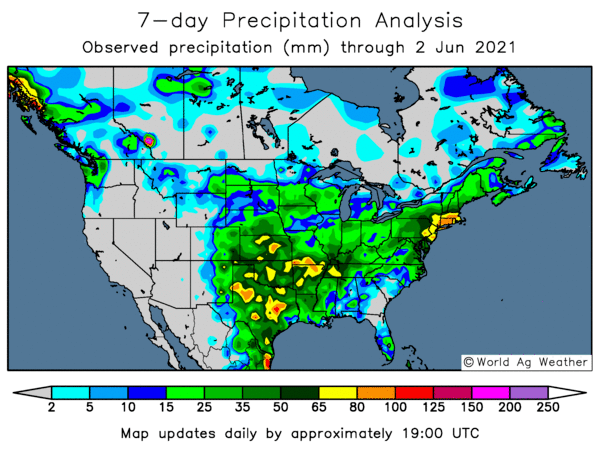