A reader has asked about staple strength discounts, specifically are the current small levels of discounts a structural (permanent) change in the price structure of the greasy wool? The implication is that changes to breeding indices may need to be made. This article takes a look at the subject.

Mecardo looked at the relationship between staple strength and staple length in August 2013. Figure 1 is the schematic shown in the article, updated to 2021. It compares the discount for short staple length (46-50 mm) which uses the left hand axis and low staple strength (20-24 N/ktx) which uses a right hand axis for 18.5 micron fleece wool from 1992 onwards. The staple strength discount shown has stabilised since 2010 at narrow levels (average discount of 4%) in relation to those seen in the 1990s when it averaged 18%. The short staple discount has followed a similar trend, although the decrease in discount from the 1990s (33% average) to the past decade (15% average) has been smaller.

There is some solid logic for this relationship between staple strength and length. During the 1980s, the wool industry began research to link raw wool fibre characteristics to processed wool. First up was the calculation of average fibre length (hauteur) in wool tops using raw wool measurements including fibre diameter (D), staple length (L), staple strength (S), mid-break (M) and vegetable fault (V). In later versions of the Team formula the coefficient of variation of fibre diameter (CVD) and staple length (CVL) were added. The formula for Team 3 is given below.

Note that the weightings for staple length (L) and staple strength (S) are similar. This means that, within a consignment, length and strength can be substituted, keeping in mind there are other issues about wastage and the distribution of fibre length in the top to consider. In essence, the Team formula says that if either length or strength is expensive and there is a cheaper substitute, the cheaper substitute will be used.

The question was whether the small discounts seen in the greasy wool market for staple strength (and staple length) in the past decade is a structural change. This subject requires more than a 450 word article but the answer appears to be, yes. The small staple strength discounts have remained at small levels since 2015 despite greater discounts for cardings, so the change is not simply being driven by the relative strength or the knitwear (carding wool) and worsted (combing) sectors of the market. 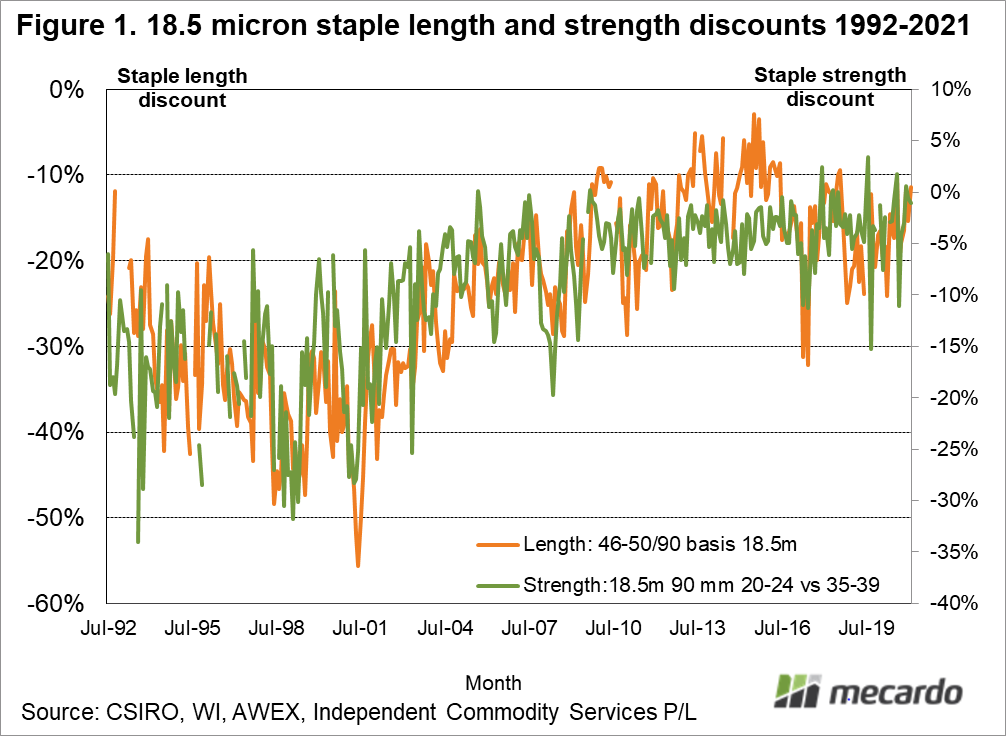 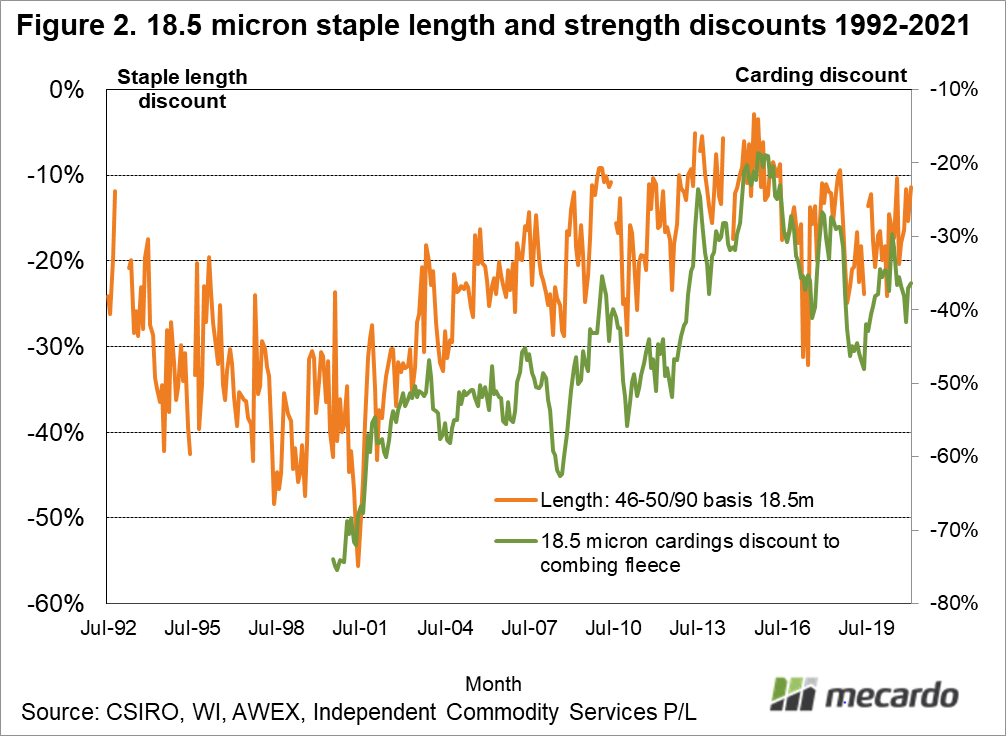