Corn is the biggest crop in the US, with almost double the plantings of wheat and nearly seven times the tonnage. A 10% shift in US corn production is enough to account for the entire Australian winter wheat crop, so when something changes, as it did last week, it is felt in all world grain markets.

The opening was maybe a bit dramatic, but it does show how much of world grain production and price is predicated on the US corn market. Last week the United States Department of Agriculture (USDA) released their quarterly Acreage report.

The Acreage report estimates how much US country has been planted to various crops, with the big three being corn, soybeans and wheat.  The headline number was US corn planting falling from 97 million acres to 92 million.  A decrease in corn acreage was expected, but it was more in line with a 2% fall rather than the 5% fall reported last week.

Figure 1 shows that despite the lower expected plantings, corn acreage is still expected to be higher than last year.  All (winter and spring) wheat acreage is expected to be down marginally on 2019, with soybeans up strongly, with acreage gaining 9.3%.

Lower corn plantings should result in lower corn production. The World Agricultural Supply and Demand Estimates (WASDE) yield estimates for corn this year are 178.5 bu/acre. Converting to our terms puts it at 11.1 t/ha. Lower plantings and the subsequent decrease in harvested acres equates to a production decline of 25.3 million tonnes. This is larger than the expected Australian wheat crop.

Figure 2 shows the supply and demand situation for corn based on the June WASDE. Stripping another 25 million tonnes off production will see the stocks to use ratio fall to 24%. There will be some consumption adjustments, so it won’t quite fall that far, and we can see stocks are still very comfortable compared to levels in the noughties.

The reduction in expected corn production saw prices jump last week. Figure 3 shows the corn spot contract on CBOT hitting a three month high. Wheat gained some ground on the back of increased corn prices, but the downward trend remains in place for now.

Corn was very cheap previously, both in absolute terms and relative to wheat, so it might have found a base for now, with harvest still around four months away. This should at least provide some support for local feed markets, although wheat does have some room to fall relative to corn. 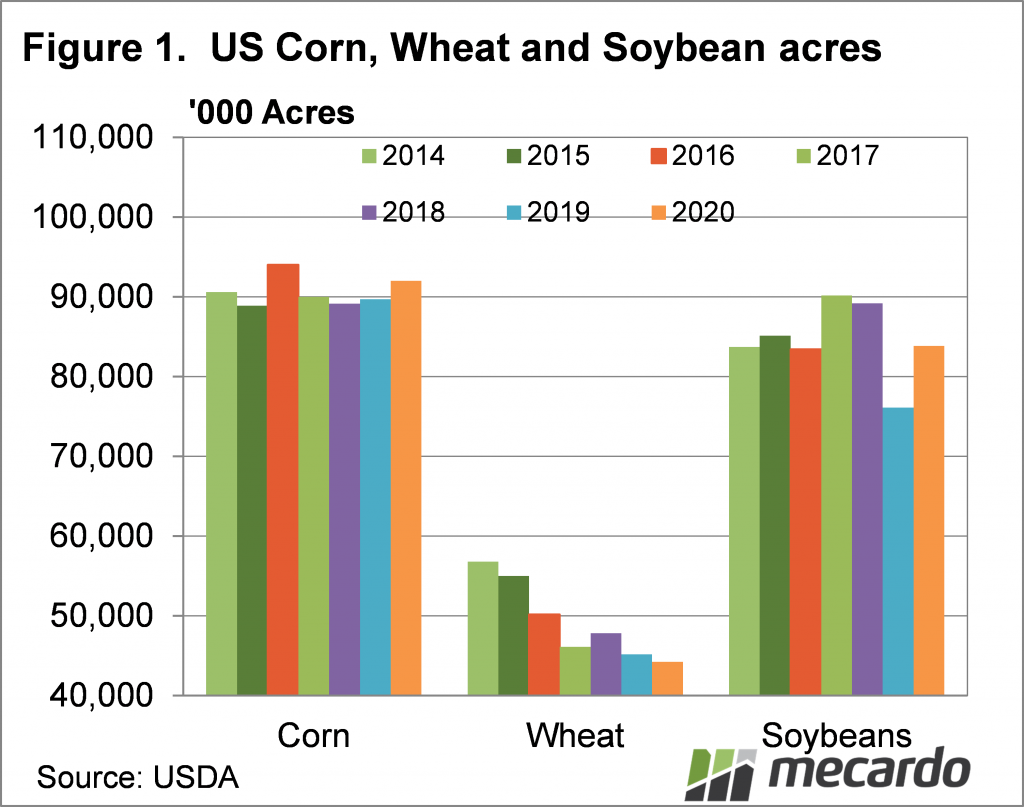 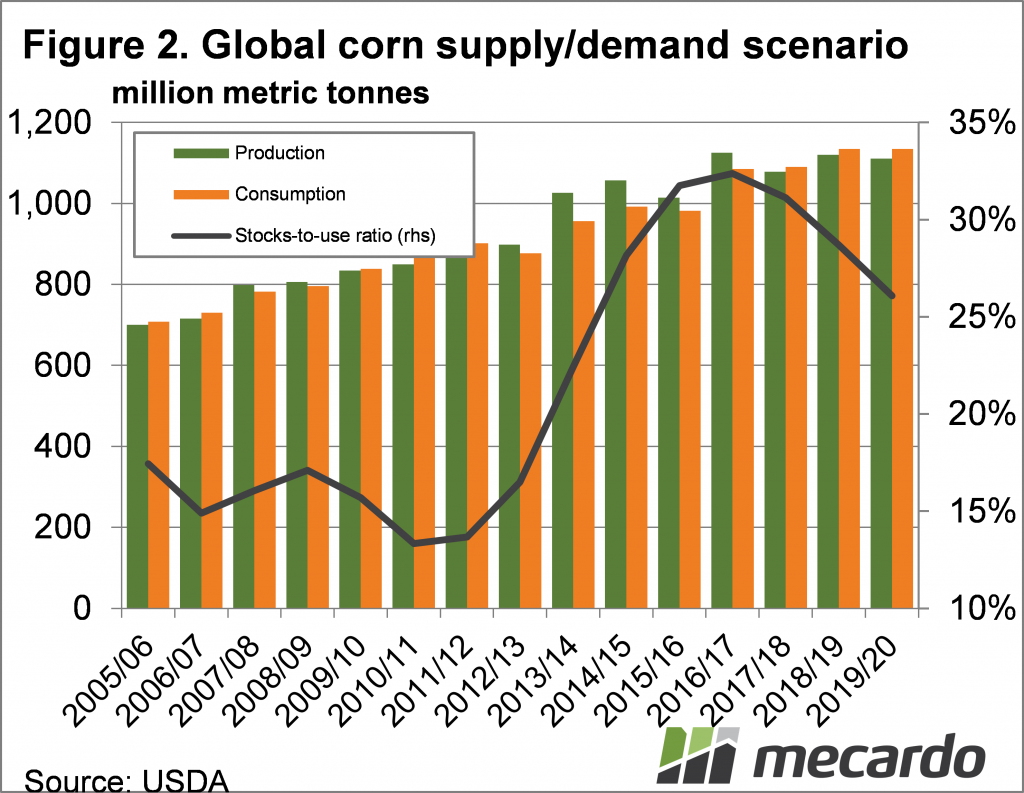