While more records were broken in the West, with the Western Young Cattle Indicator (WYCI) reaching another all-time high, the Eastern States steadied and even reversed last week’s price drops in some categories. Restocker buying is still strong in NSW, with Restocker Yearling Steers showing strong price increases. The Eastern Young Cattle Indicator (EYCI) reversed last week’s fall by jumping back up 14¢ to settle at 891¢/kg cwt.

Slaughter numbers overall are well below the five-year average, not surprising considering the good conditions across most of the east coast are encouraging farmers to hold on to stock. Queensland, normally the biggest supplier, had slaughter numbers nearly 40% below the five-year average for that state last week.  Low supply should continue to support prices to some degree.

On the west coast, the WYCI broke a new record, jumping nearly 60¢ from this time last week to settle at 1010¢/kg cwt, albeit only 822 head of cattle were sold. WA has received some solid rain recently (and it continues in some areas as we write), especially in the South West.

The BOM is forecasting a relatively dry week next week for most of Eastern and Southern Australia, with only 0 – 10ml predicted for the next 8 days, except for parts of the Eastern coastline which might receive up to 25mm in some locations. The rain has certainly buoyed market confidence in WA, whether prices can hold at these record levels over there is another question. 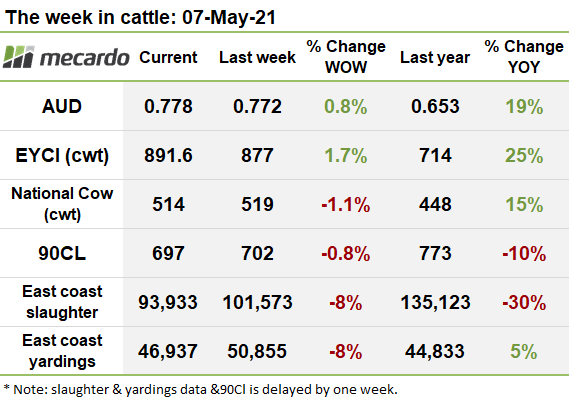 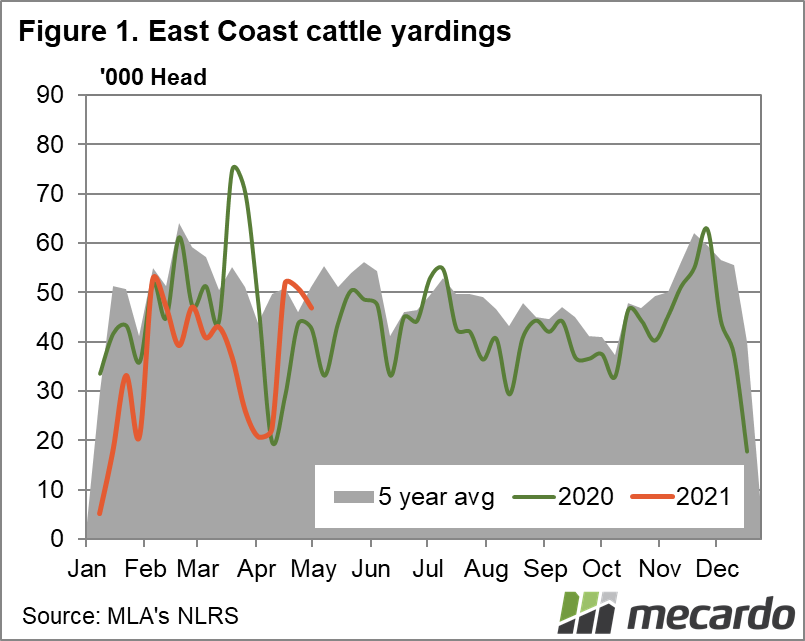 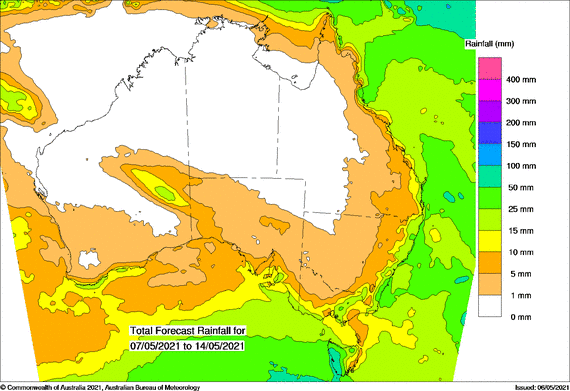