Still the year of the pig?

While 2019 was officially the “Year of the pig” according to the Chinese Zodiac, it seems the influence of pigs is set to continue as will their impact on global agricultural commodities. The latest “big” news relating to global protein supply is that China has now banned imports of pork from Germany as a result of the discovery of African Swine Fever (ASF) in 34 carcasses of wild boar.

The ramifications are immediate for Germany as it currently relies on China for almost two thirds of its pork exports outside of the EU. This will impact directly on all export markets, with Germany sitting alongside Spain & the US as the only three countries with excess of US$5.0 billion pork exports.

There is a secondary impact; China has been aggressive in ramping up imports this year. This is for two reasons, firstly the consumer confidence post CV-19 has rebounded, to the point that the population is now experiencing “food inflation”. Secondly, and probably of longer-term significance, the recent events have reinforced China’s drive to greater food self-sufficiency.

Pork is a staple in the Chinese diet, evidenced by the pre ASF pig numbers in China accounting for over 50% of the global herd. It is also a commodity that lends itself to production intensity that suits the Chinese demographic – high protein production from small areas.

So, it can reasonably be expected that the future direction of China’s food supply is going to be underpinned by a greater capacity of self-sufficiency. The obvious commodities to contribute any significant effect are pigs & poultry. The building of modern piggeries (view example) to replace the previously domestic-based production is well underway, and now can be expected to have increased urgency.

This provides a plausible reason that while China, at a diplomatic level, is currently engaged in “problematic” discourse with many countries, its import balance sheet tells a story of pragmatic purchasing of commodities.

The contributing factor could be the concern that as the global community emerges from COVID-19, the type of “food inflation” reported in China now becomes a challenge for the wider community. China building food reserves now, whether for human or animal consumption, could well prove to be a prudent hedge against rising prices ahead.

There are two emerging considerations in this news; the recent “turbo-charging” of protein markets as a result of the ASF herd reduction is likely to abate as China rebuilds its hog herd. This will impact to some extent on Australian beef & lamb exports & prices.

The second impact is that China’s strong accumulation of cereal grains, beans & corn is likely to be maintained to feed the growing herd and to satisfy consumer demand. This bodes positively for global crop prices. 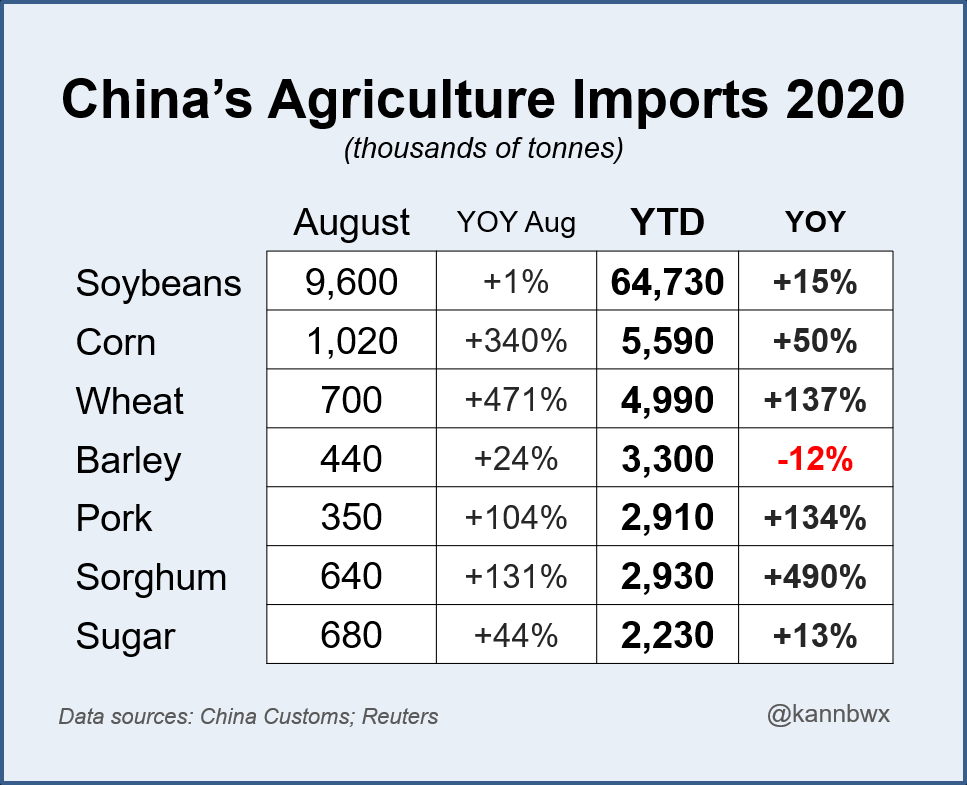 As the Foot & Mouth Disease (FMD) outbreak in Indonesia escalates into a major crisis, the geographically close proximity to us seems terrifying on the The US farm bureau federation conducts a regular survey on the cost of food in America, which has highlighted the rapid increase in retail food