It would seem that the market does not drive the news, but rather news drives the market. After a week-long rout in wheat on building crops and sluggish demand, the market rallied earlier this week on news that Ukraine would reduce their export quota from 20.5mmt to 17.5mmt. This to me is not hugely surprising - we have known for a while that the Ukrainian crop was not a patch on last year. The wheat bulls celebrated with a solid 16¢/bu rally.

The fact that IKAR (market analyst) increased Russian wheat to 82mmt (SovEcon 81, USDA 78), did not dampen the bulls enthusiasm.

As a student of agriculture, we are also a student of weather. This week we learned a new word – Derecho.  The central US state of Iowa – one of key “I” states and #1 corn producer, was hit with the weather phenomenon – essentially a fast-moving, straight line of thunderstorms packing winds of up to 140mph (225kph).  The results were 10 million acres of corn flattened, steel bins knocked over, elevator structures damaged, roof’s torn off and 500k without power.  The damage is reminiscent of when a cyclone makes landfall.

The corn market has rallied over 20¢/bu in anticipation that the expectation of a record crop has just taken a U-turn.  The ProFarmer tour has provided some timely updates, indicating that the national corn crop rating has fallen 1 point with notable (and unsurprising) deterioration in Iowa. (courtesy @kannbwx)

It will be interesting to see if the rally in the corn and wheat market can be sustained.  We think it likely that the rally in corn has helped support wheat and perhaps amplified the moves we saw last Monday night.  In the absence of fresh news however, it will not be surprising to see both markets eventually moving lower.

The weight of Northern Hemisphere harvest and improving weather in Australia will keep the bears happy.  Domestically, we are seeing basis deteriorate as growers start to sell, trying to make up for lost time. 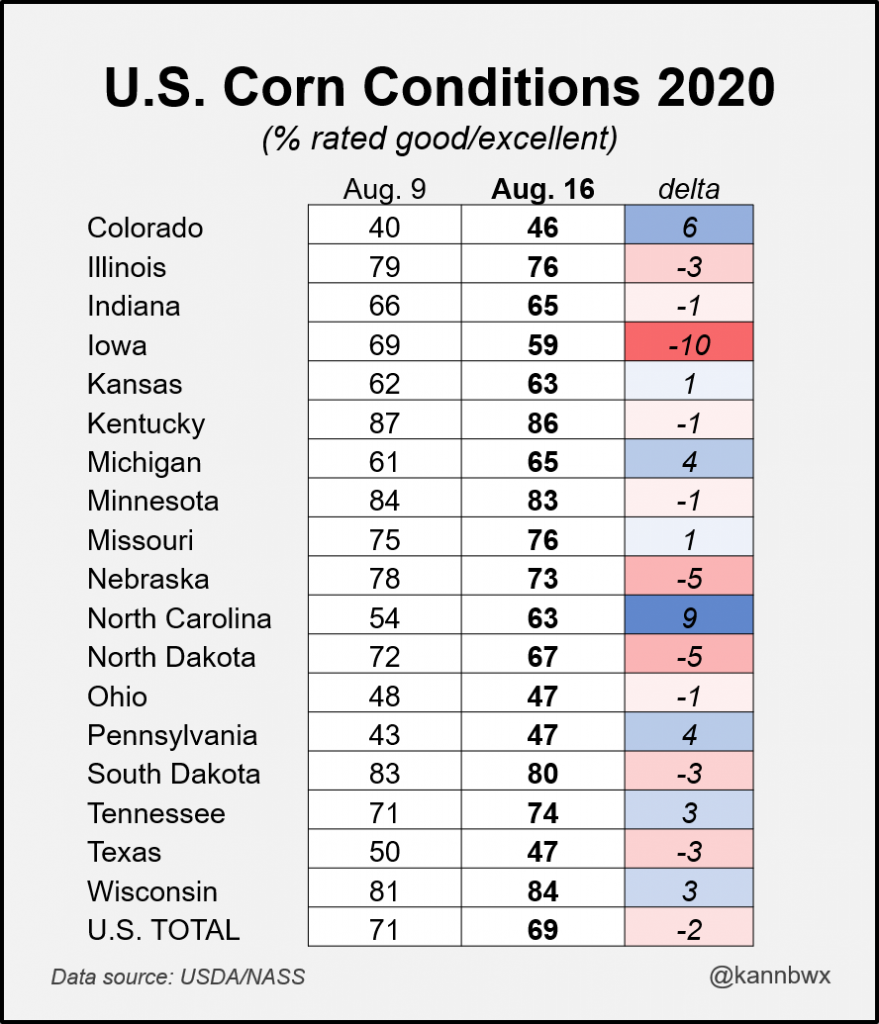 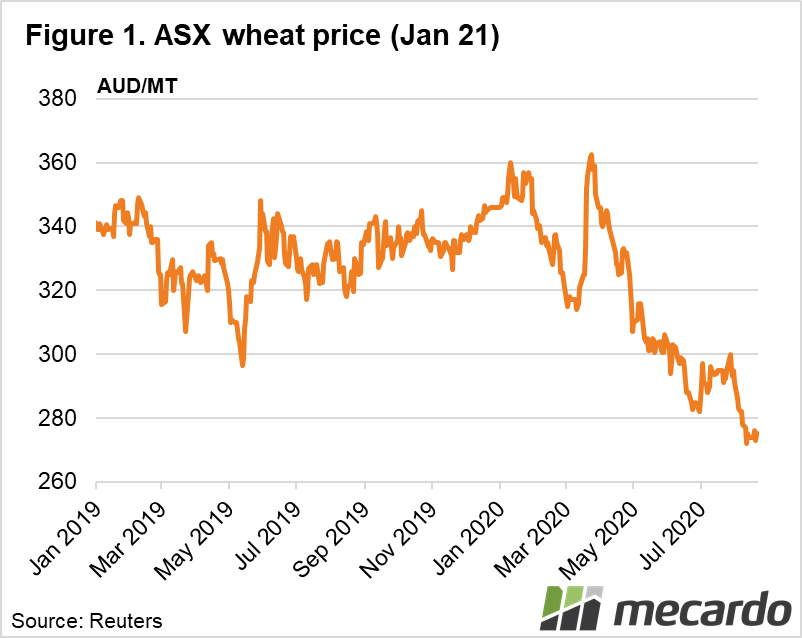