Nitrogen expensive before the war, but now….

Back in November we took a look at rising fertiliser prices, and in particular nitrogen, and how it might impact local cropping margins and usage in pasture. Since then we’ve seen prices ease, but then rocket, so we’ll update the numbers.

Urea prices peaked in November last year, but eased in December and January, giving croppers and high rainfall livestock producers some hope that there might be some value in it this cropping year.  If we go off the NOLA Urea price, the price fell 34% from November to February, with the price in our terms hitting $760 per tonne.

While the February urea price was still 139% higher than a year earlier, it was well off the highs of last year. However, as a result of Russia’s invasion of Ukraine, urea values skyrocketed back above last year’s peak, hitting $1,260/t in our terms a fortnight ago.  There has been some relief in the form of a rising Australian dollar, and the prices have fallen $70 a tonne in 10 days.  There is plenty of volatility.

When you add freight and handling, the current price of urea export is around $1,600/t.  High Analysis phosphorus fertilisers have also risen in price, but most of the sowing fertiliser would have been priced by now.

Last Novemeber we looked at the cost of in crop urea use for canola.  Figure 1 shows the cost of nitrogen used per hectare, versus the value of the canola crop per hectare at different target yields.  The chart assumes urea costs $1600/t (up from $1200) not including spreading, while the canola price is estimated at $950/t (up from $850).  The chart assumes all the nitrogen required (40kg/t produced) is spread as urea, which obviously isn’t the case.  Nitrogen already present in the soil will be used, as will that in sowing fertiliser.

In pasture situations, the cost of nitrogen can be worked back to the value of extra feed produced, and the equivalent cost of buying in feed.  Figure 2 shows the equivalent grain cost at different conversion rates, based on the price of urea. The 5:1 conversion is what might be expected in winter, while 10:1 is in a good spring.

At $1600/t urea application at 5:1 conversion it makes no sense, with the equivalent grain cost of $751/t double the current feed grain value. In spring, with better conversion rates, the cost per extra tonne of feed is $375/t, so buying in feed might be a better options

High prices are designed to ration demand, and send supplies where they are most valuable.  We can see in these basic calculations that croppers will still see value in throwing urea out on crops to boost production, with rising canola and grain prices.

Livestock, dairy and hay producers will find it harder to justify urea applications, with the cost moving well over the price of buying in feed.  It’s a pretty good indicator that it is a good time to stock up on feed for the winter. 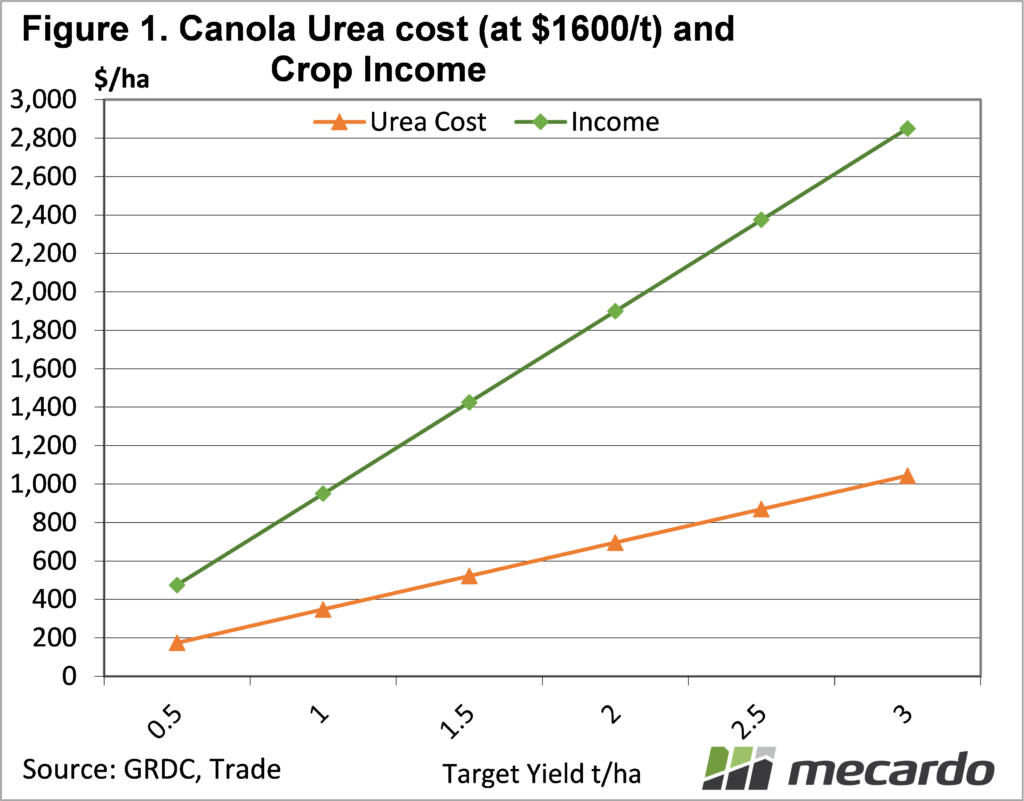 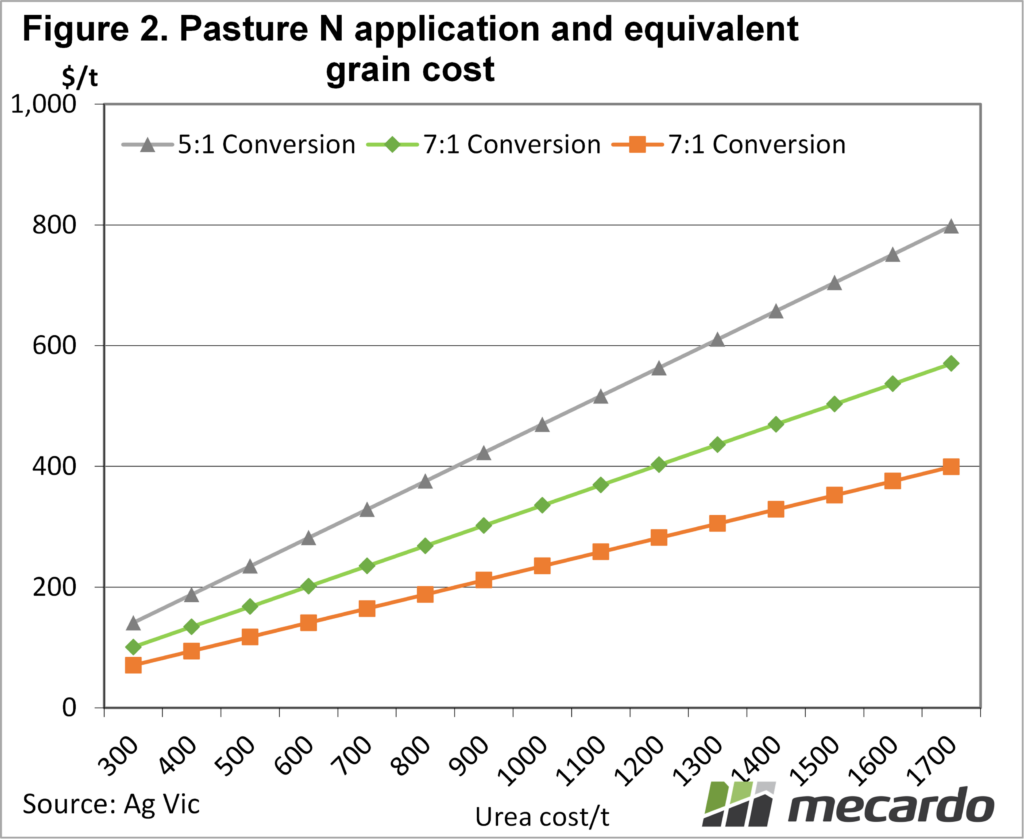