Mecardo last looked at merino micron price curves in January, showing the relative outperformance of short-staple wool which is used for knitwear apparel. Also, in January, Mecardo looked at the relationship between supply and micron premiums and discounts, showing supply to be the key driver. AWTA volumes (view here), showed a continued rise in broad merino volumes and a continued fall in fine merino volumes. This means that supply will continue to support the current merino micron and premiums, especially given the size and spread of the autumn break which NSW (the major sheep province) has received in March.

Figure 1 shows the average prices for combing merino fleece wool for March and for the past decade, from 15 to 23 micron. The range of wool caught by these averages is larger than the range used for AWEX MPGs, as it takes in a wider range of various wool characteristics – mainly being staple length and strength. It shows the 19.5 micron price for March to be around the average level for the past decade. March prices for wool finer than 19.5 micron are higher than the 10-year average and broader micron prices are below the 10-year average. 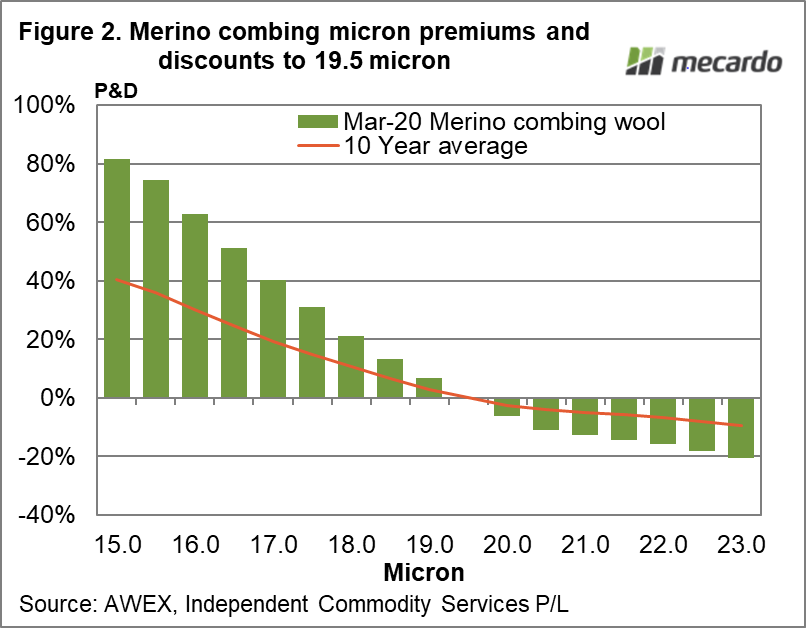